For the ART MUC 2014 Betty Mü developed a collage of white umbrellas, parasols and her film imagery. Through video mapping, each screen received its own story and became its own canvas. Moving projections of countless and constantly changing images fuse to the surface of the screens, drawing the visitors under their spell. ‘Parapluie’ was also shown at a party for a German football star in 2014. 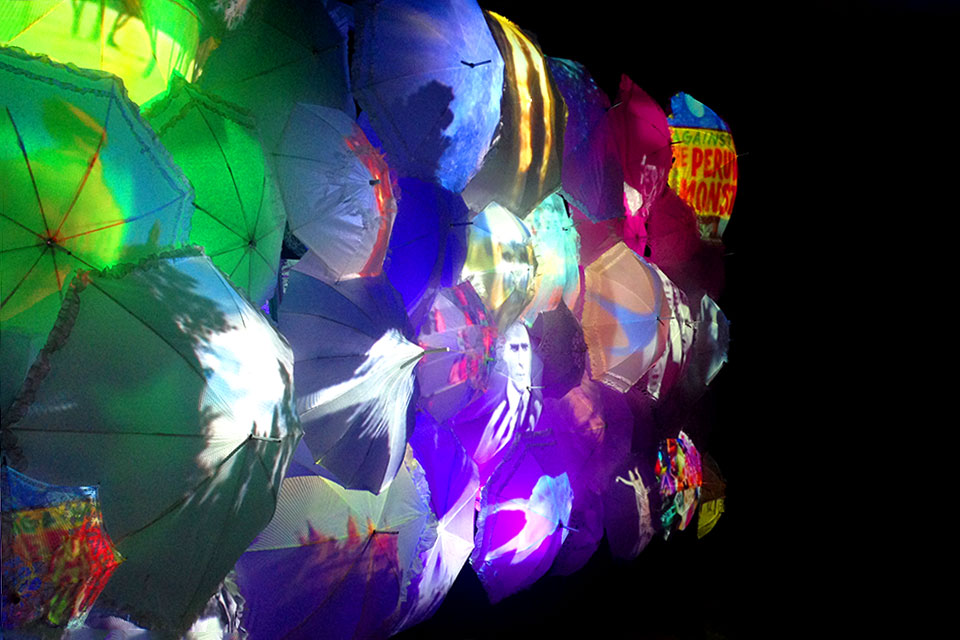 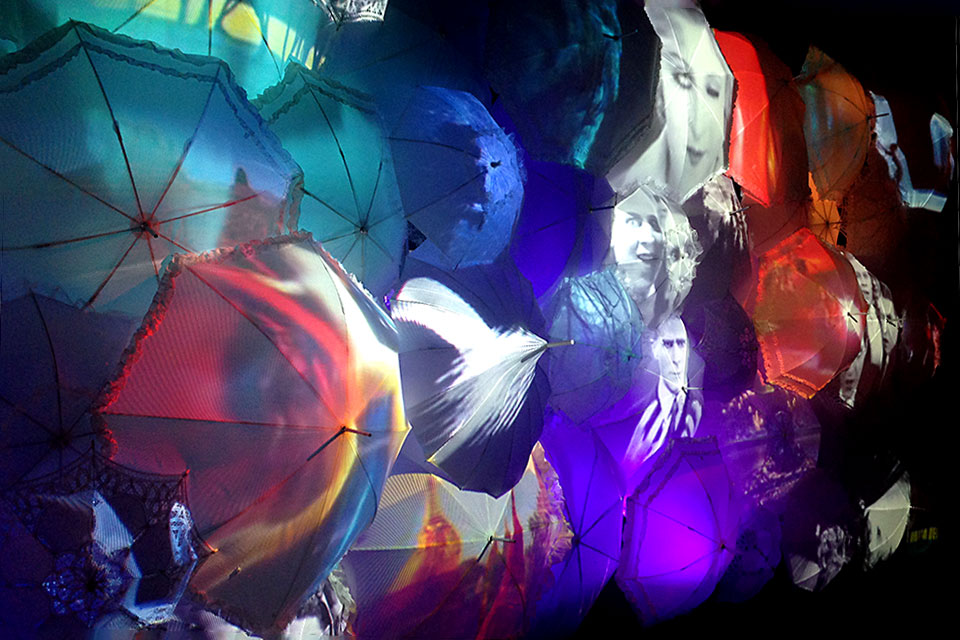 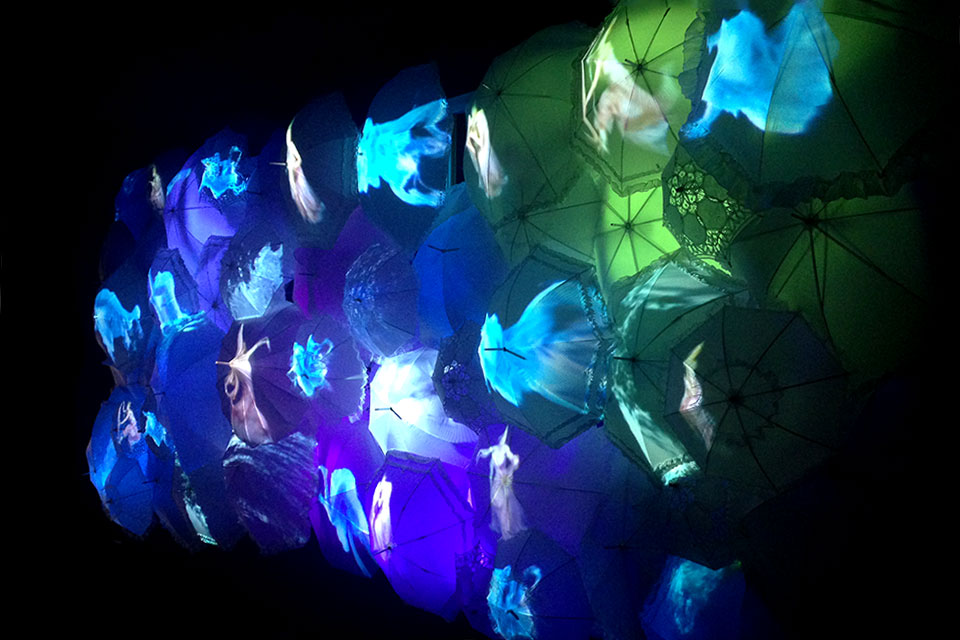 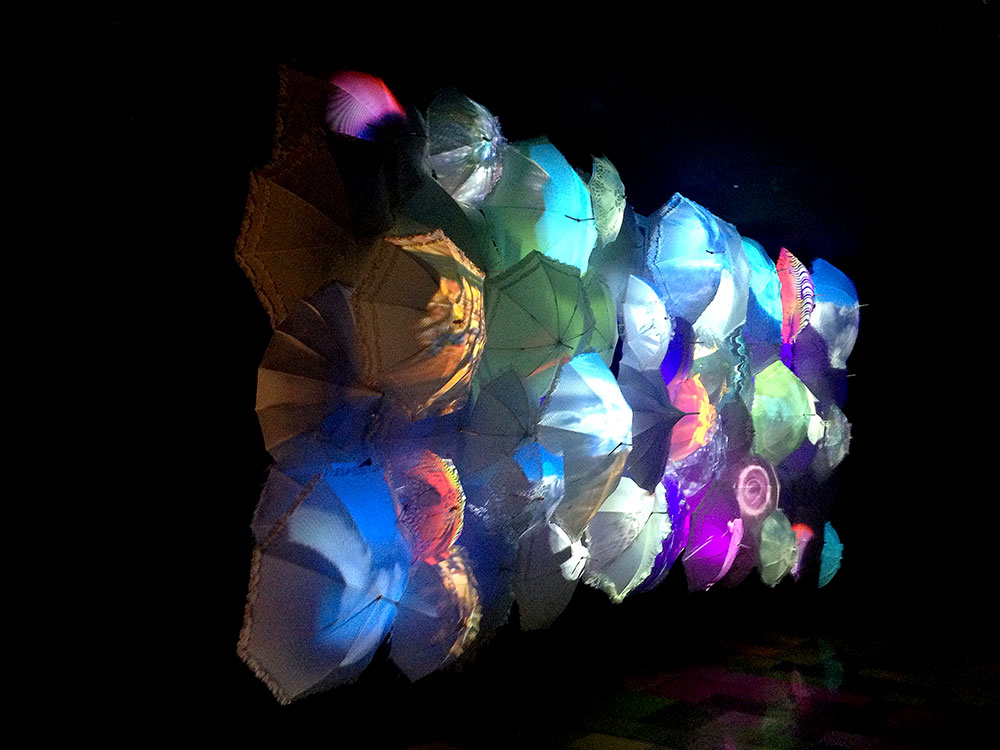 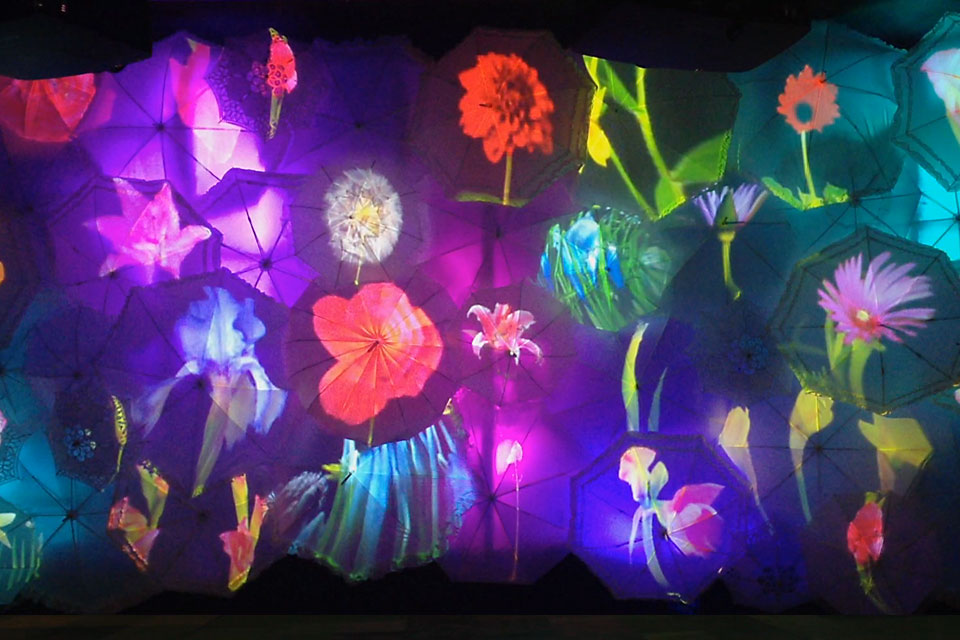 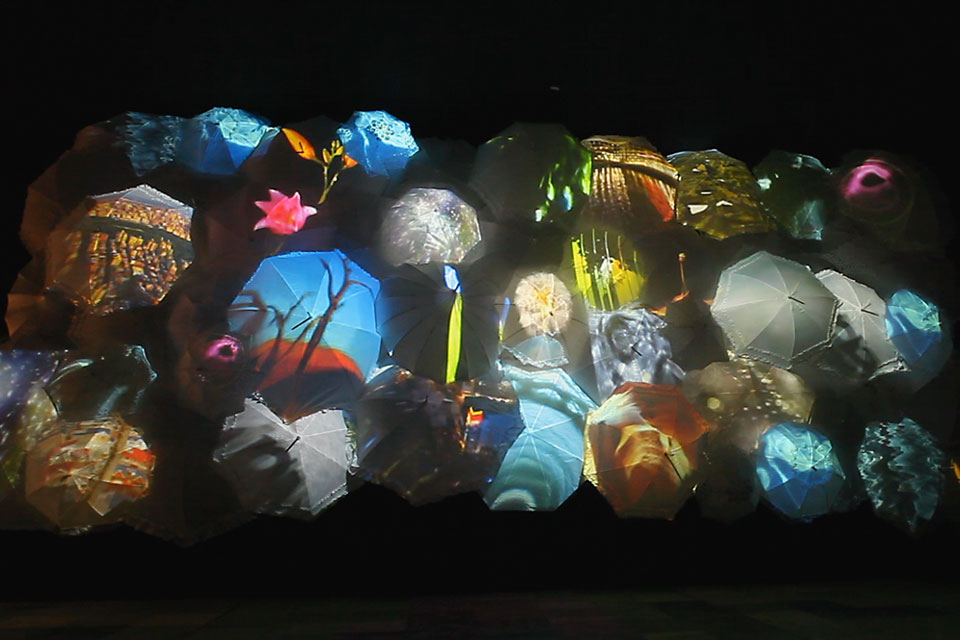 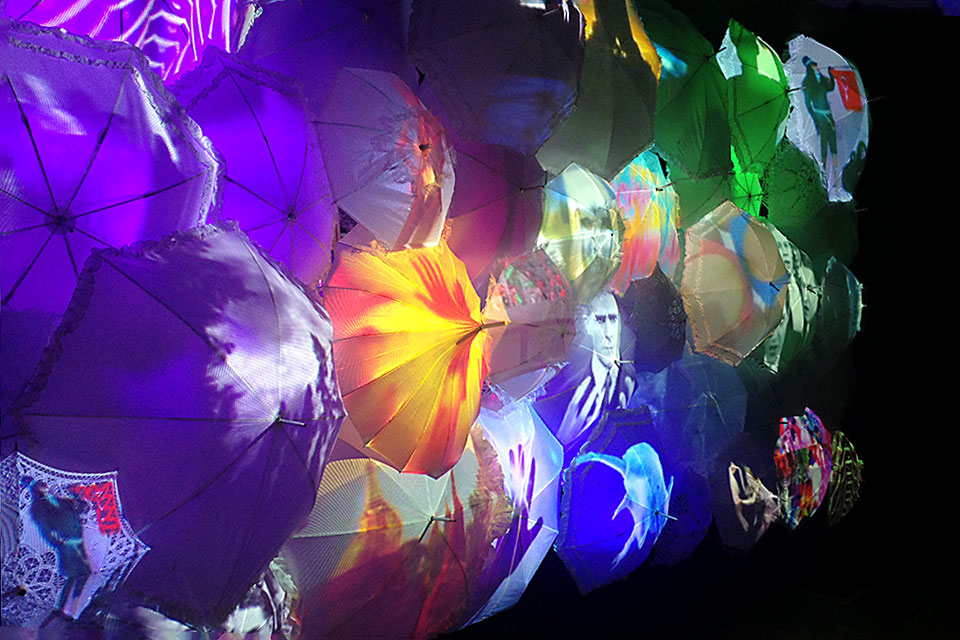 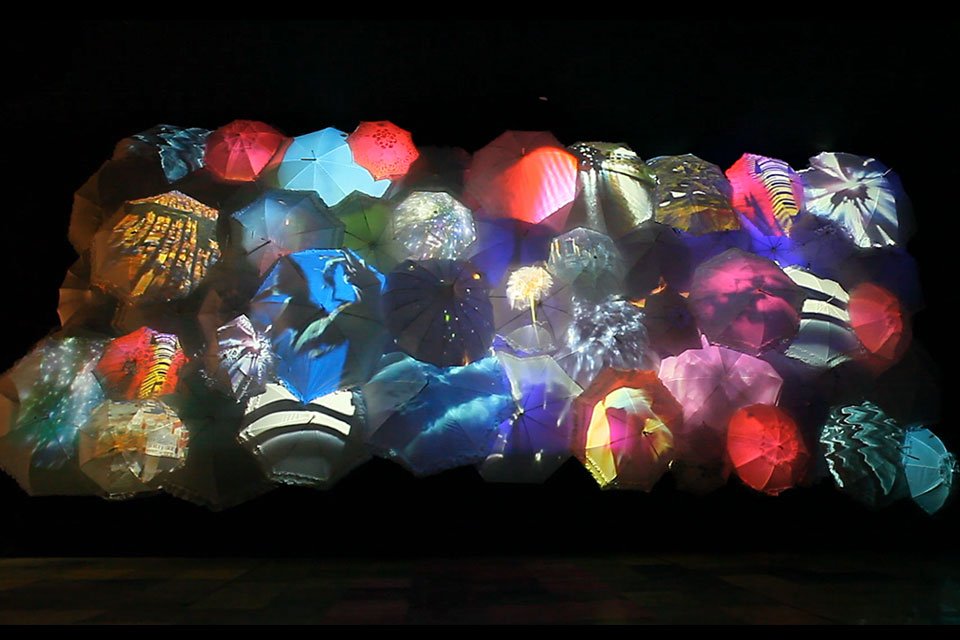 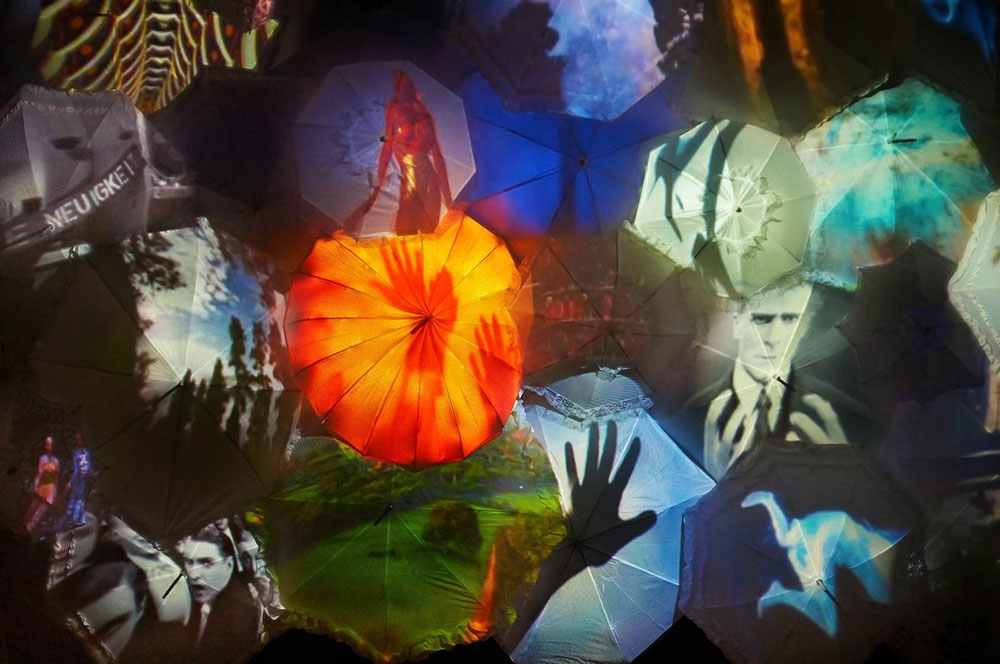 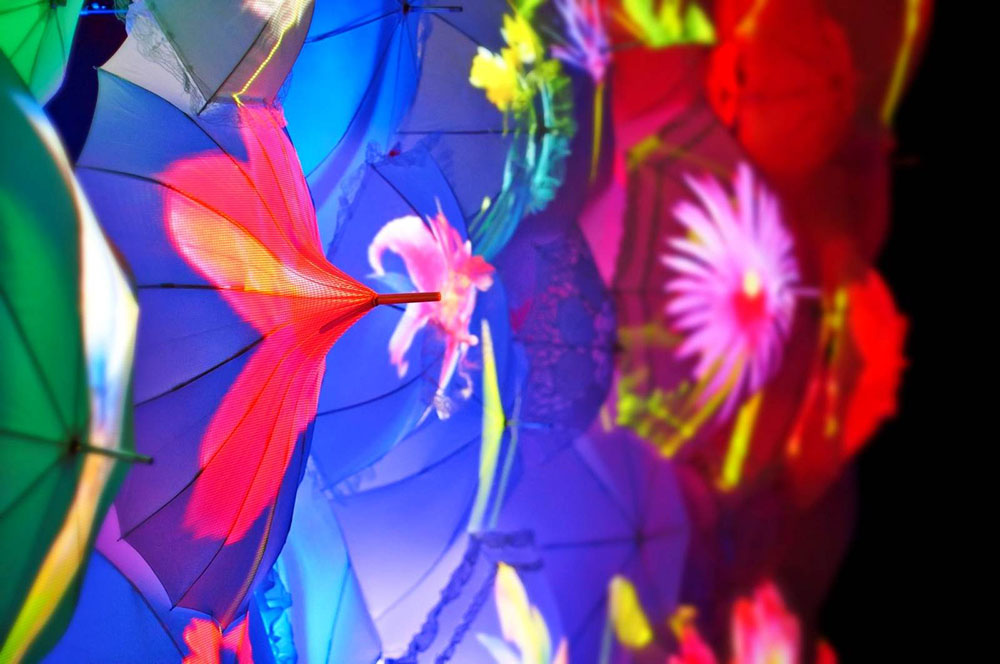 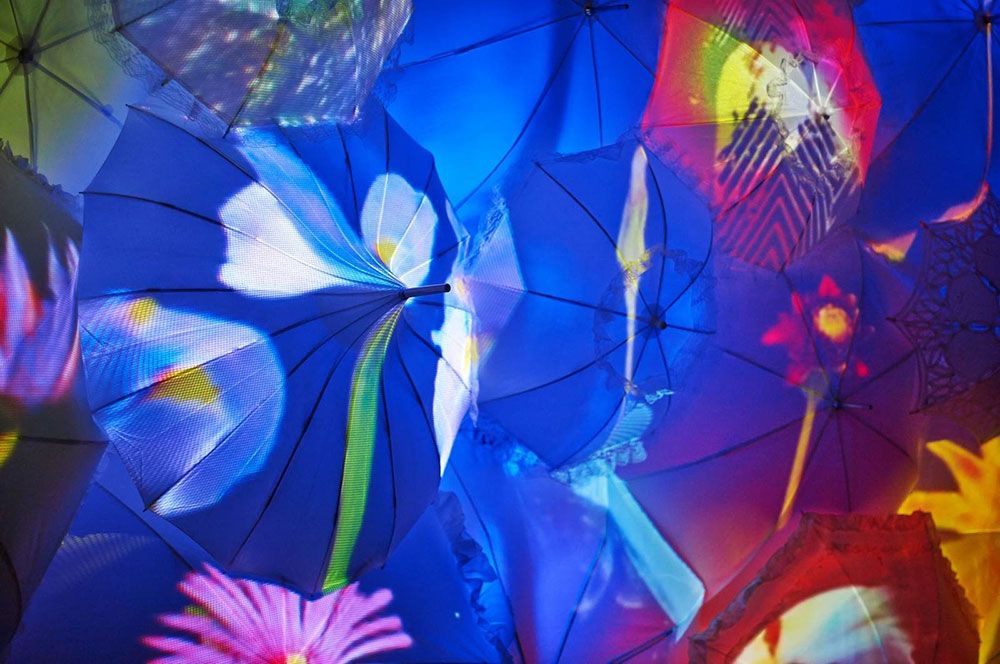 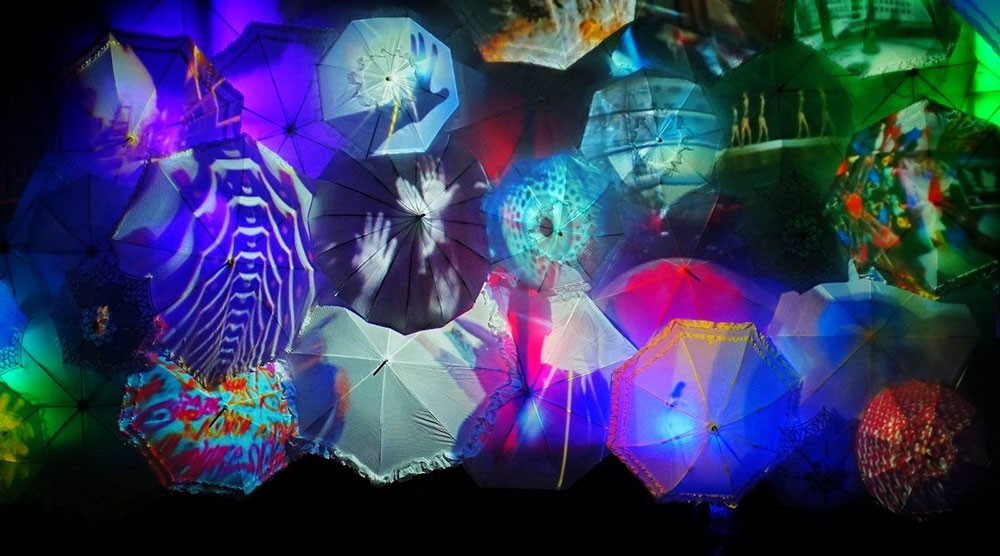 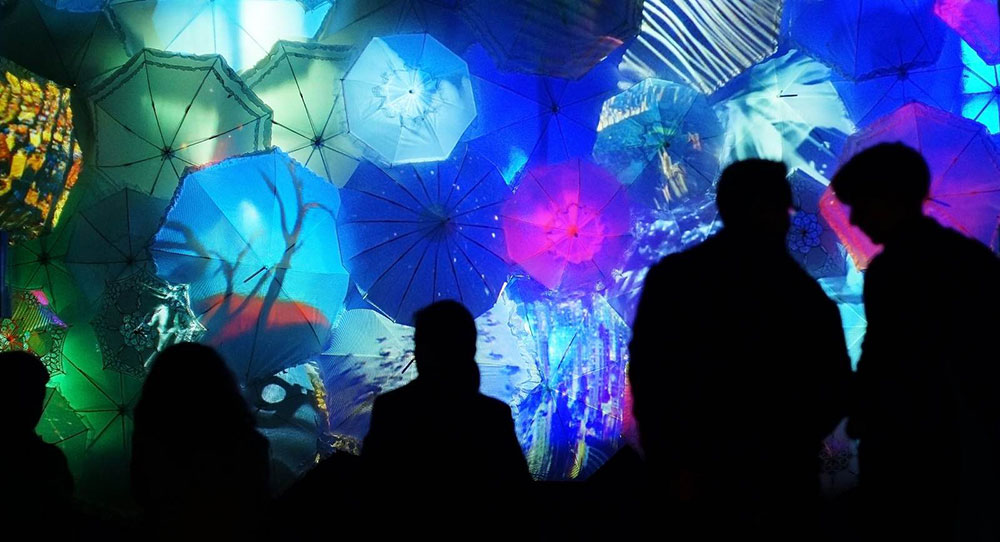 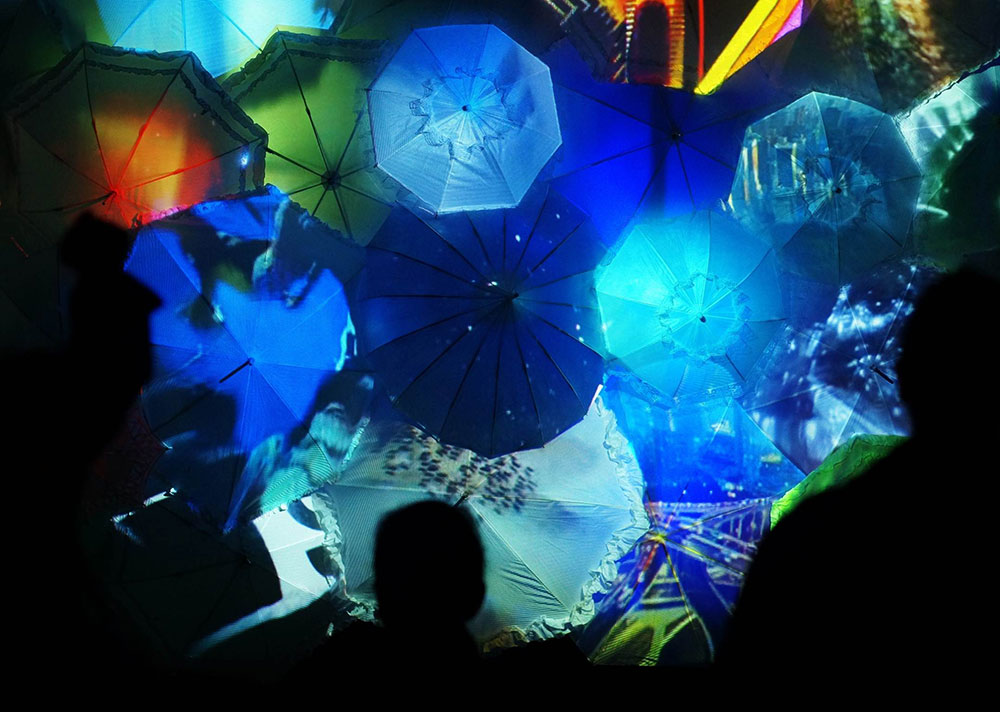 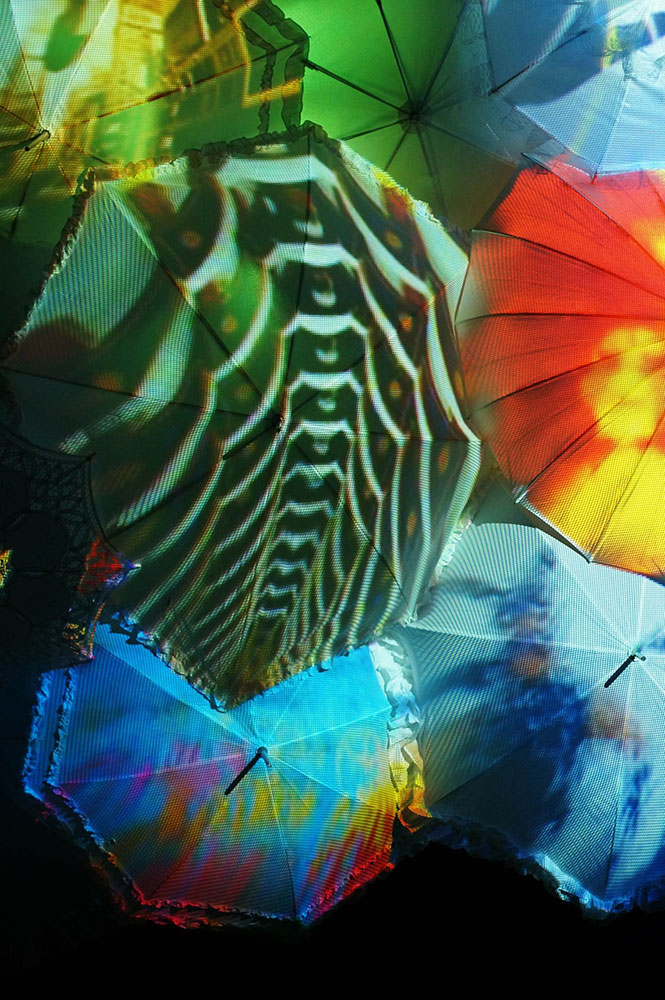 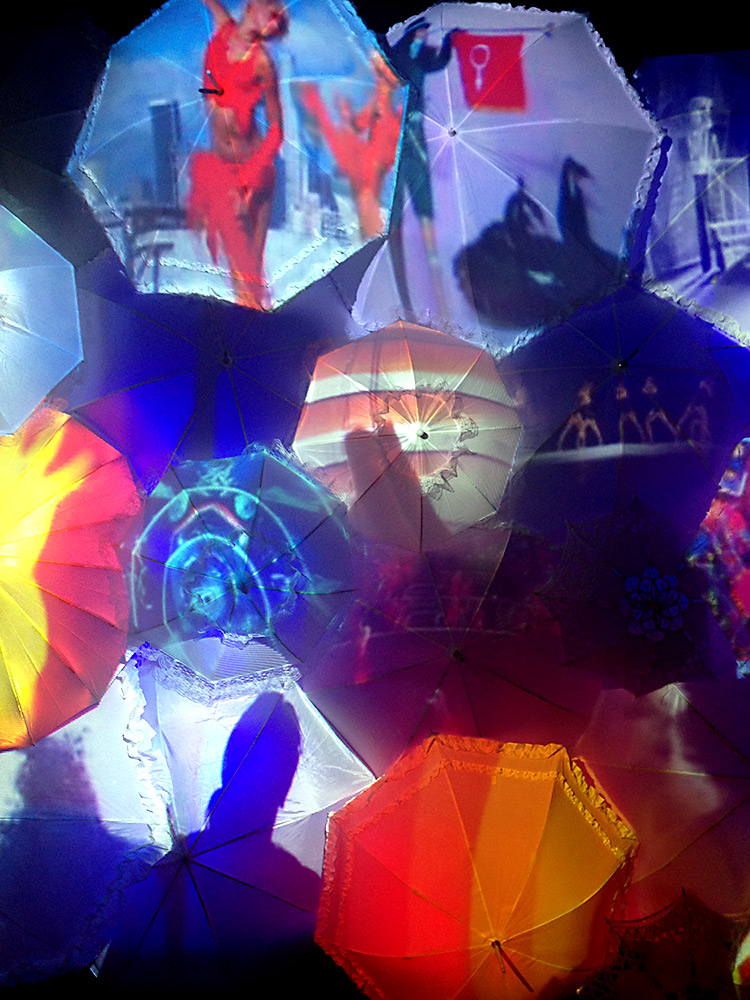 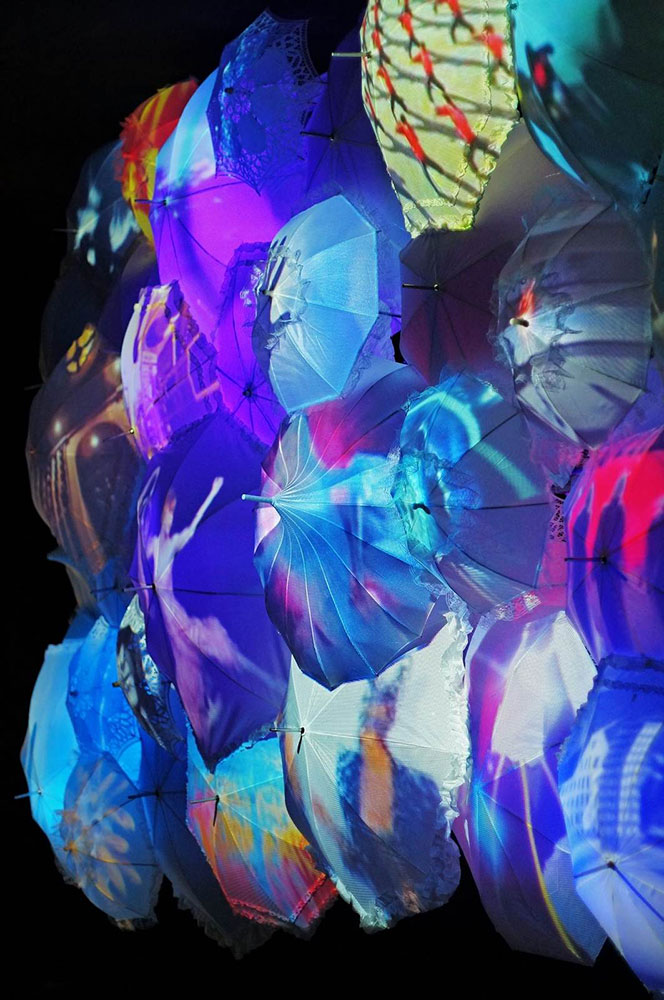