The Kurhaus Baden-Baden is an architectural work of art, the center of Baden-Baden and known as a landmark all over the world.

The Bernazet Hall of the Kurhaus was used as a special backdrop for an elaborate wedding celebration. The hall was dramaturgically played live throughout the evening with a wide variety of moods. Lighting and video technology merged into an impressive and in itself perfectly coherent overall concept.

The projection surfaces on stage were divided into several levels, so that each show act remained hidden until its performance and had its own surprise effect. Front projection combined with rear projection, video mapping on the sides of the stage and on the balconies had an overwhelming effect in their interaction. 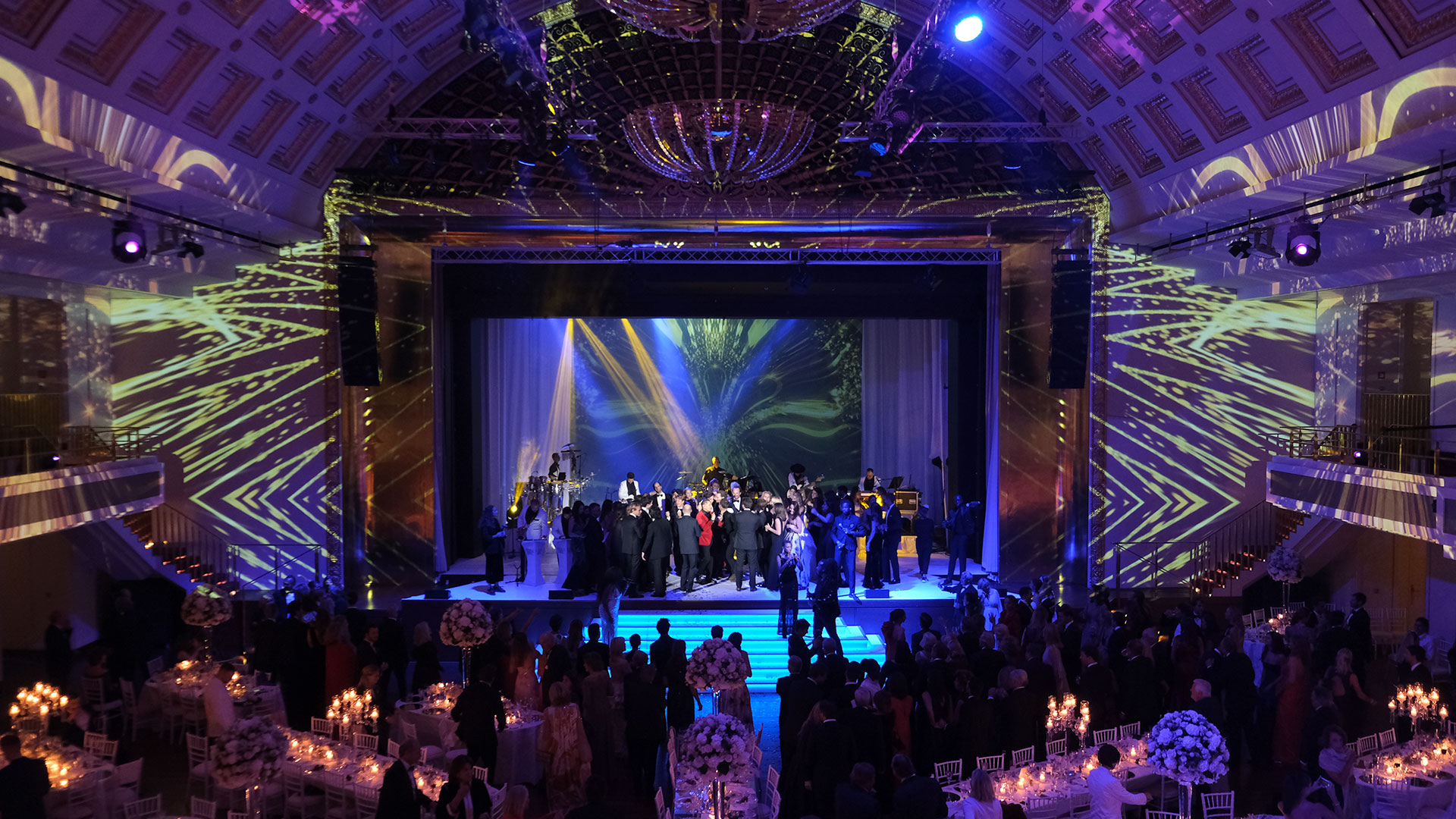 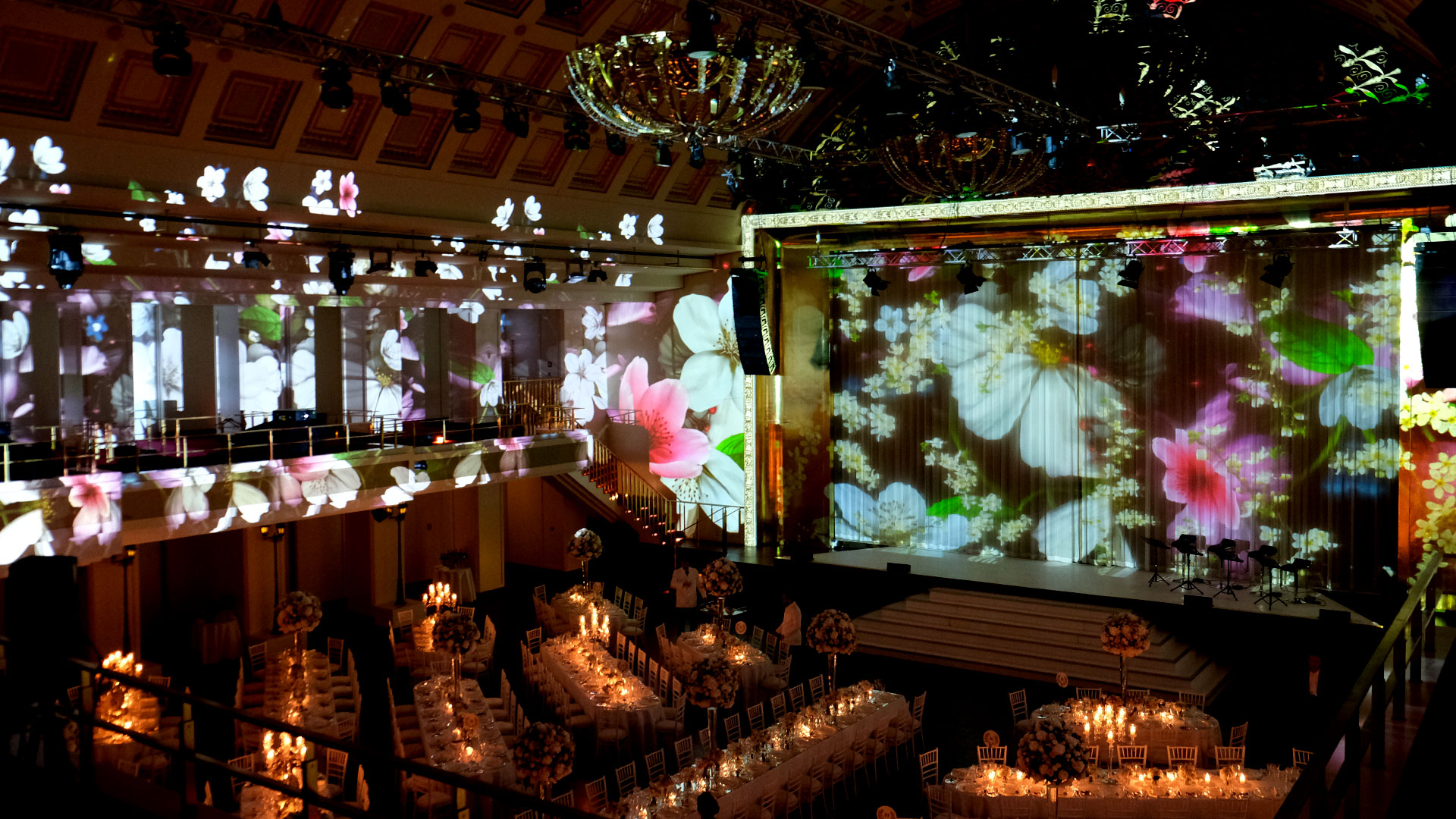 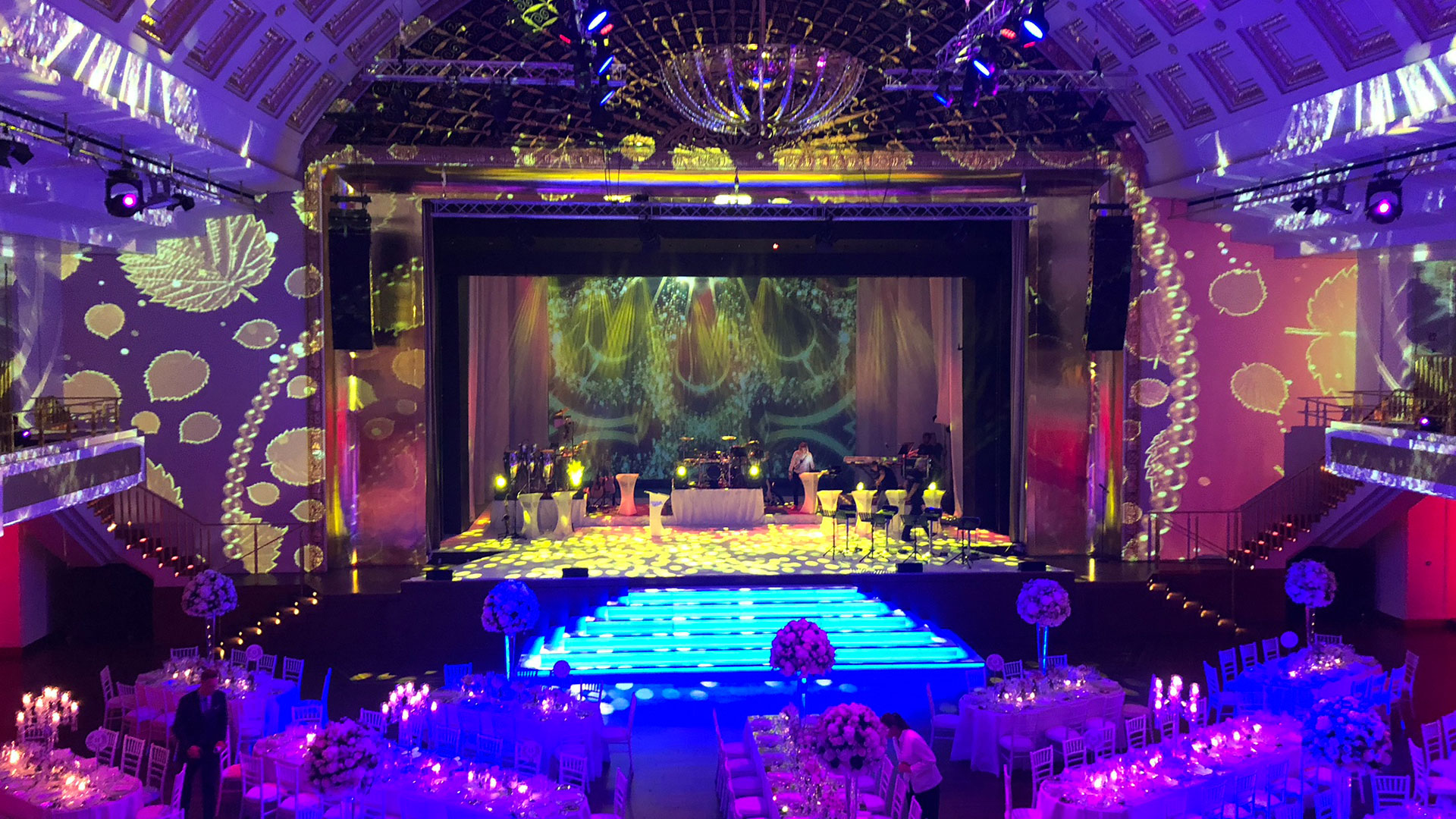 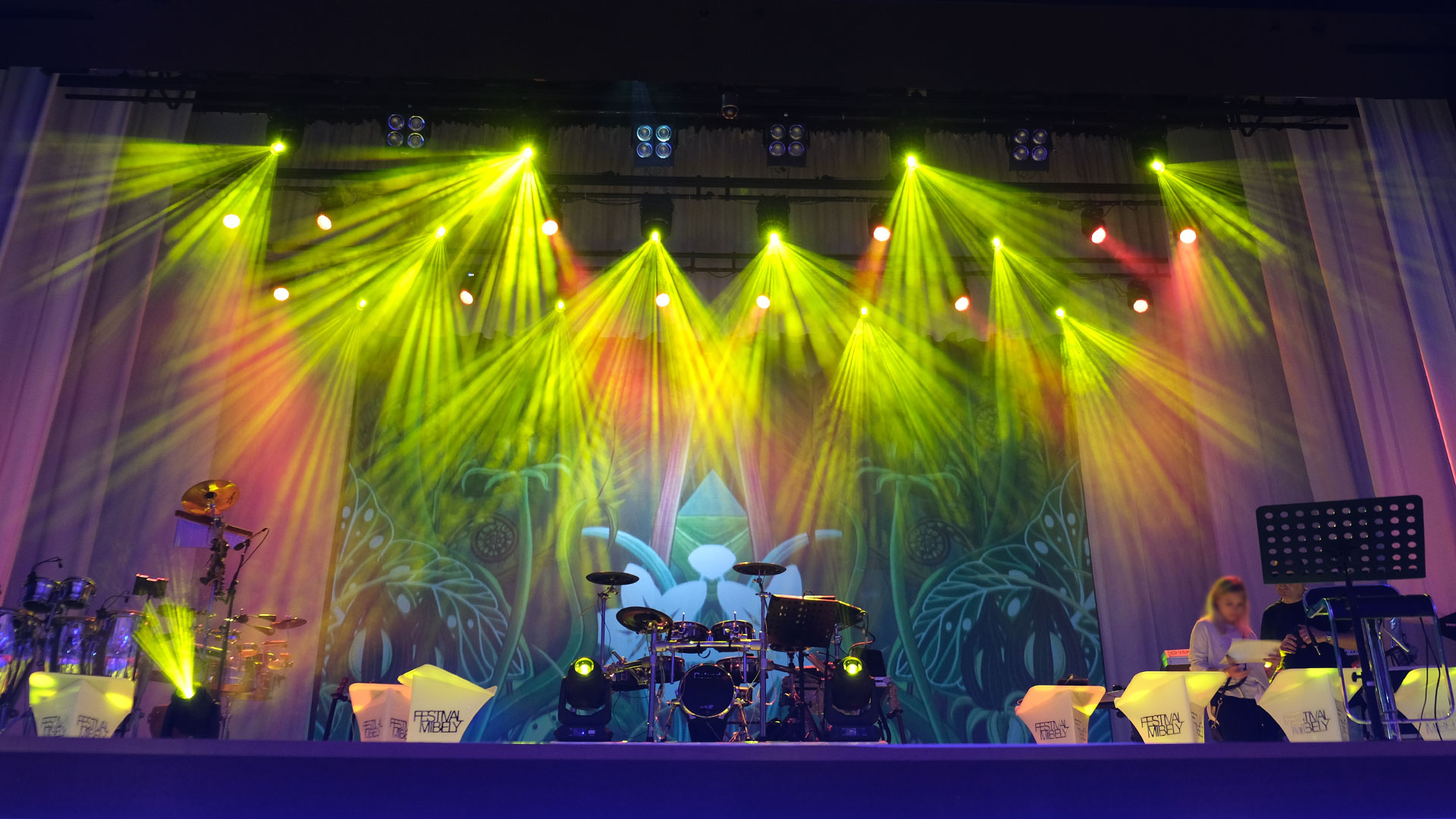 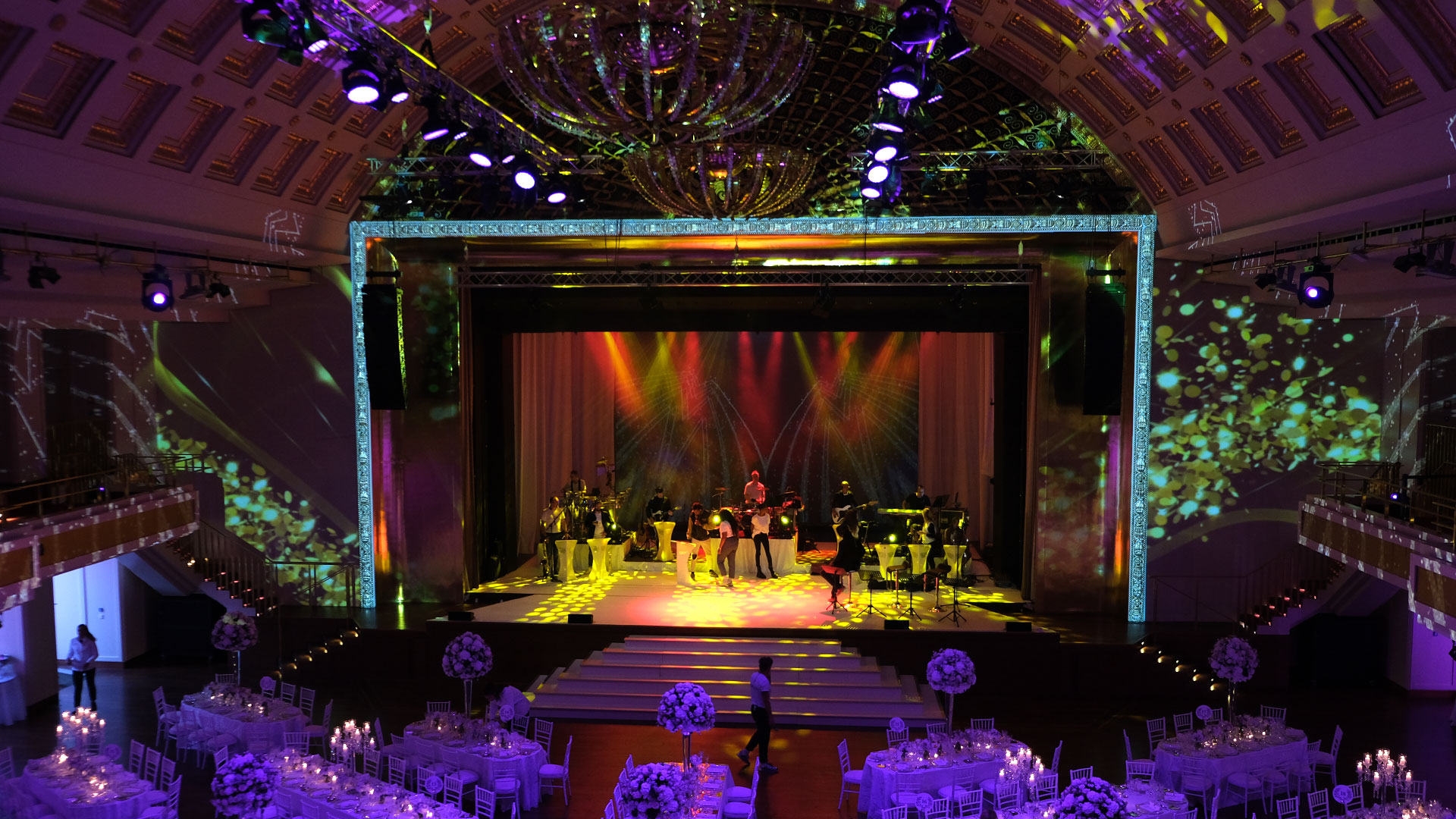 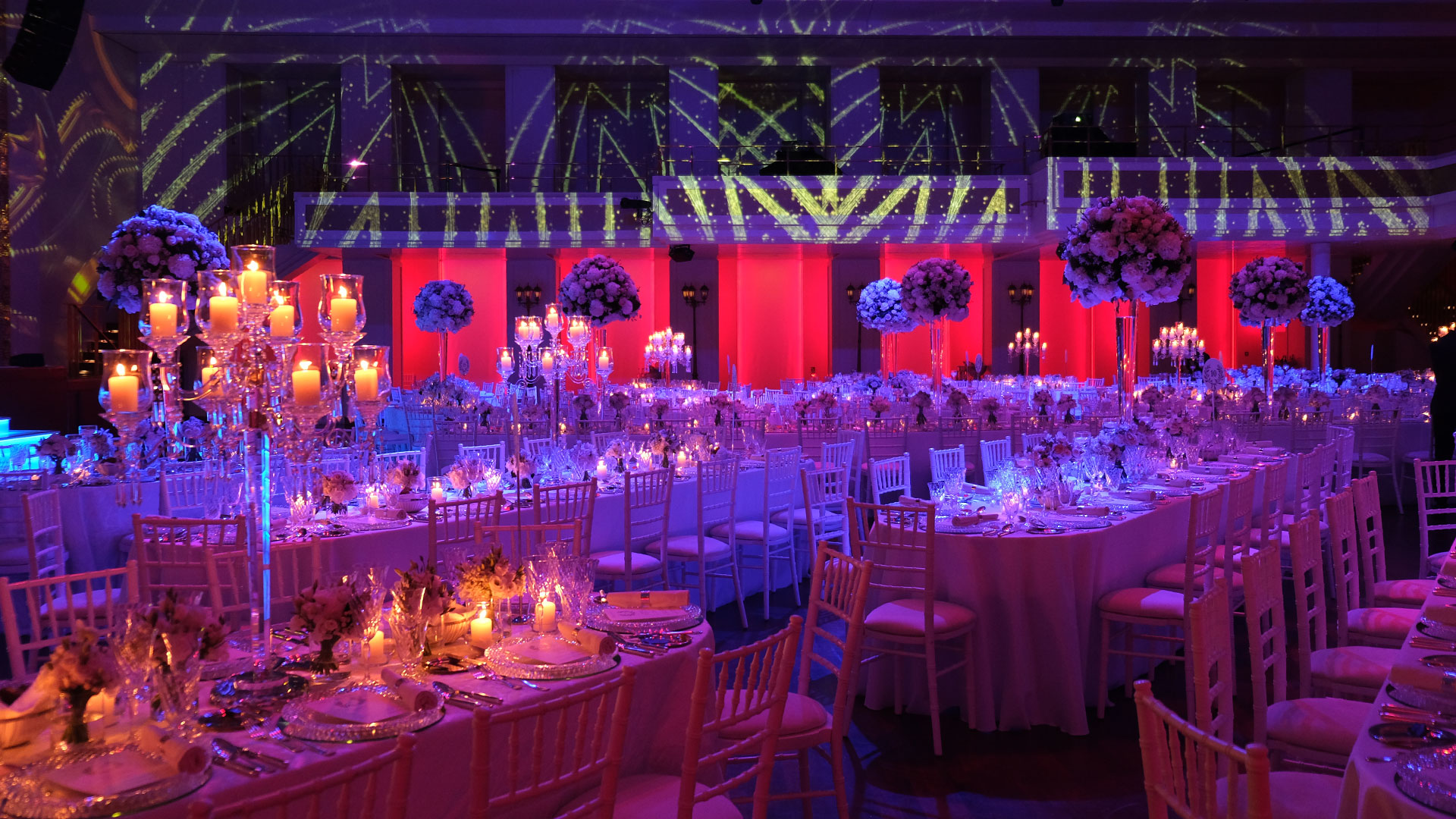 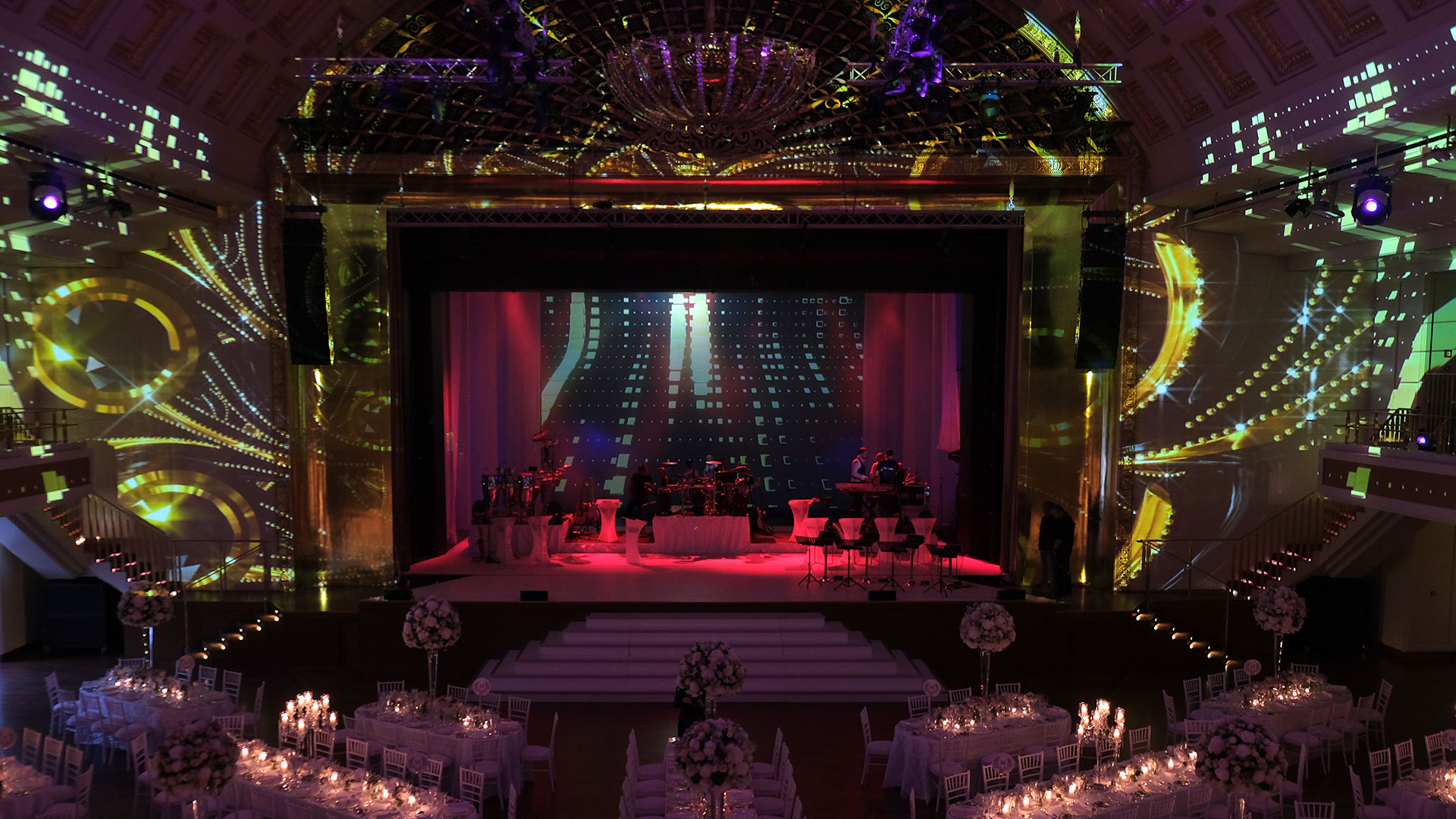 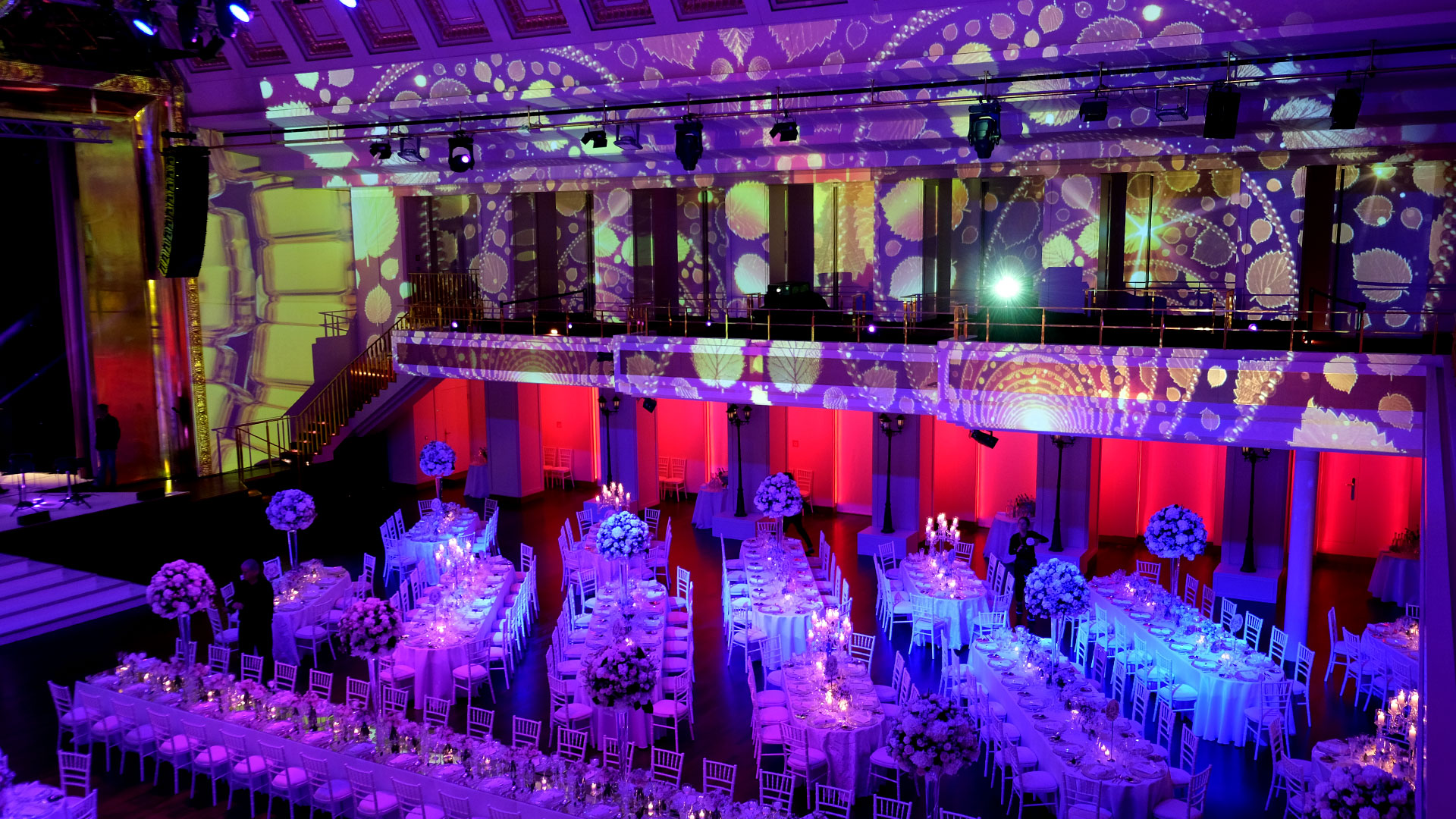 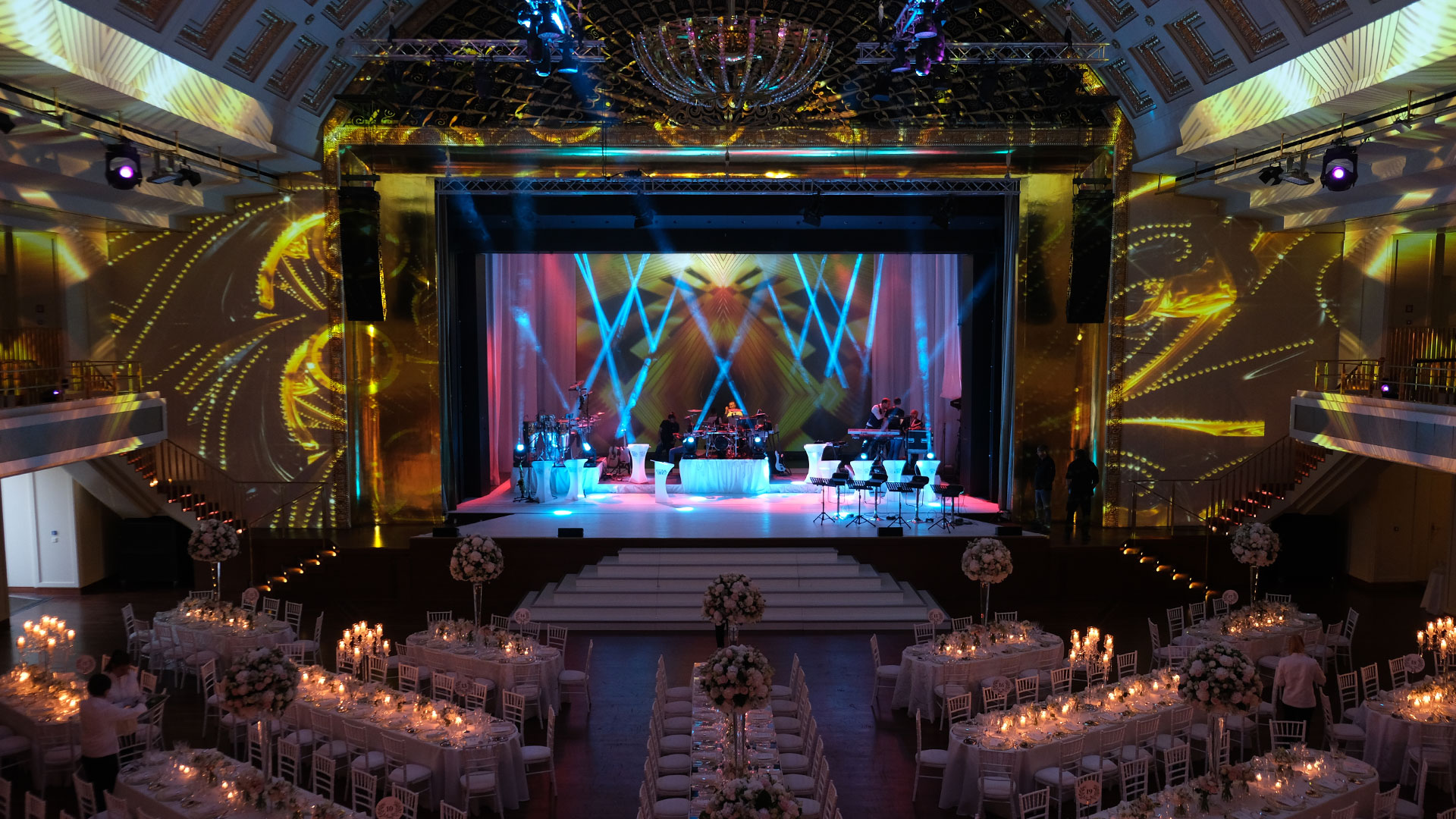 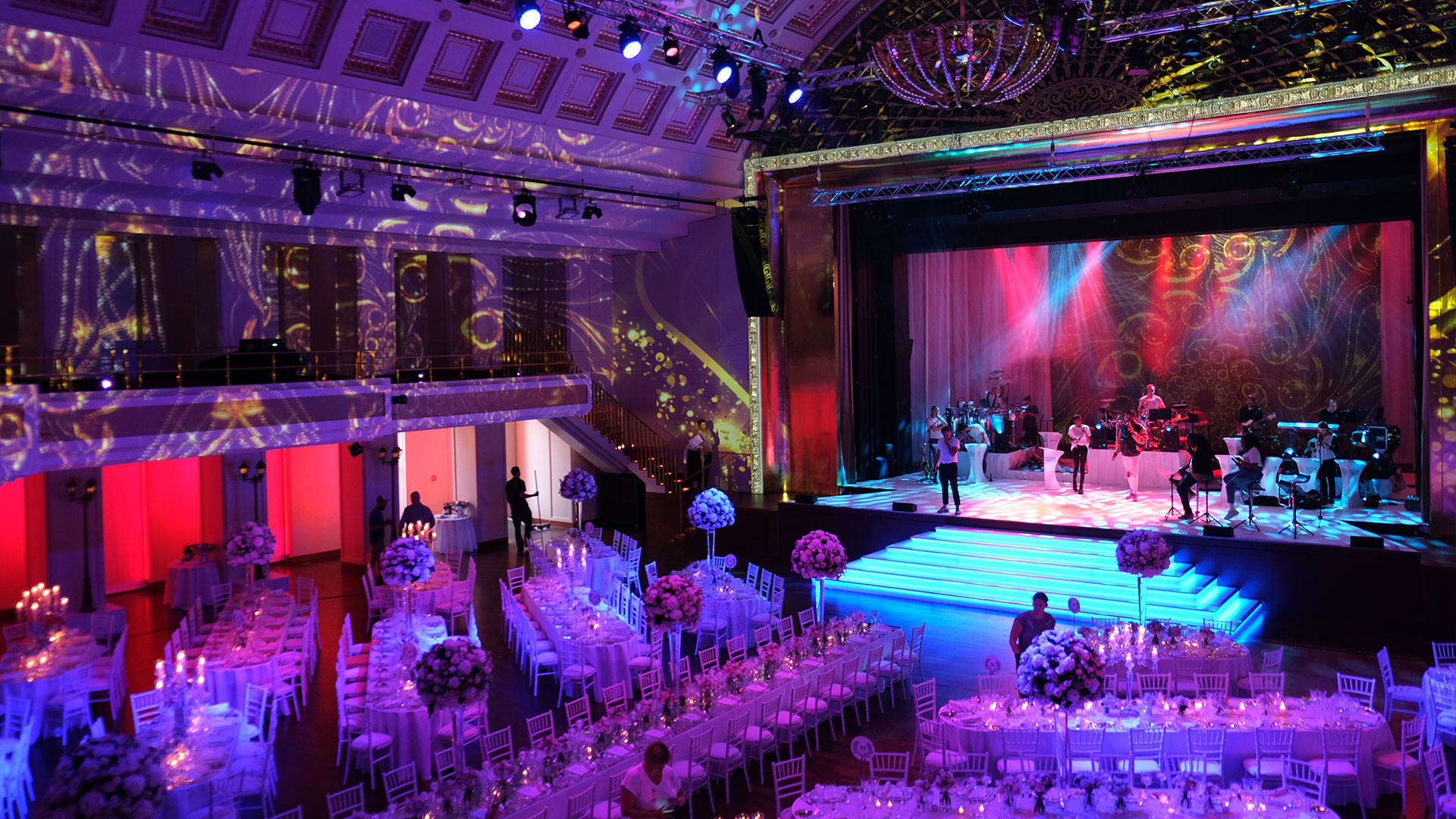 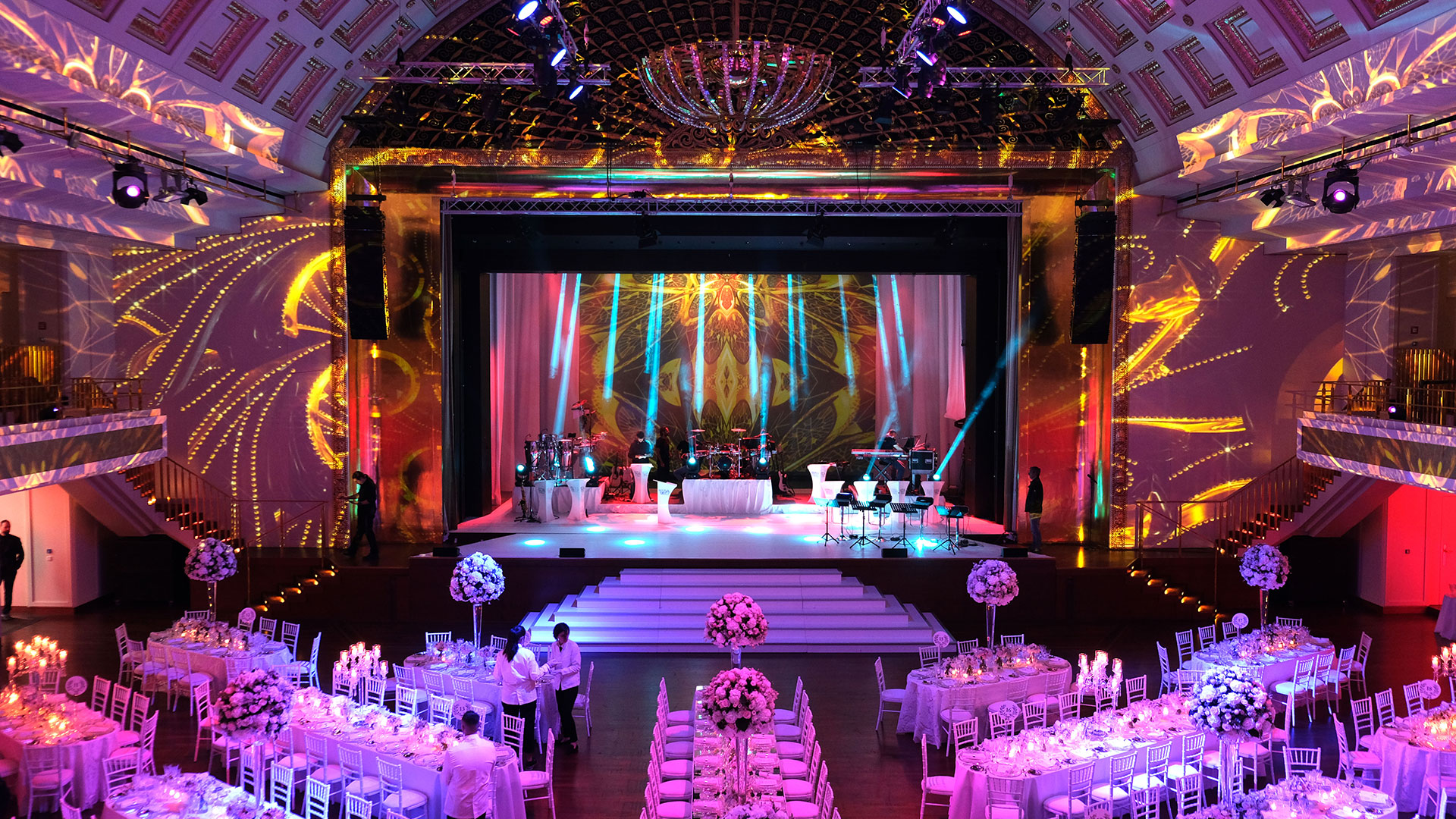 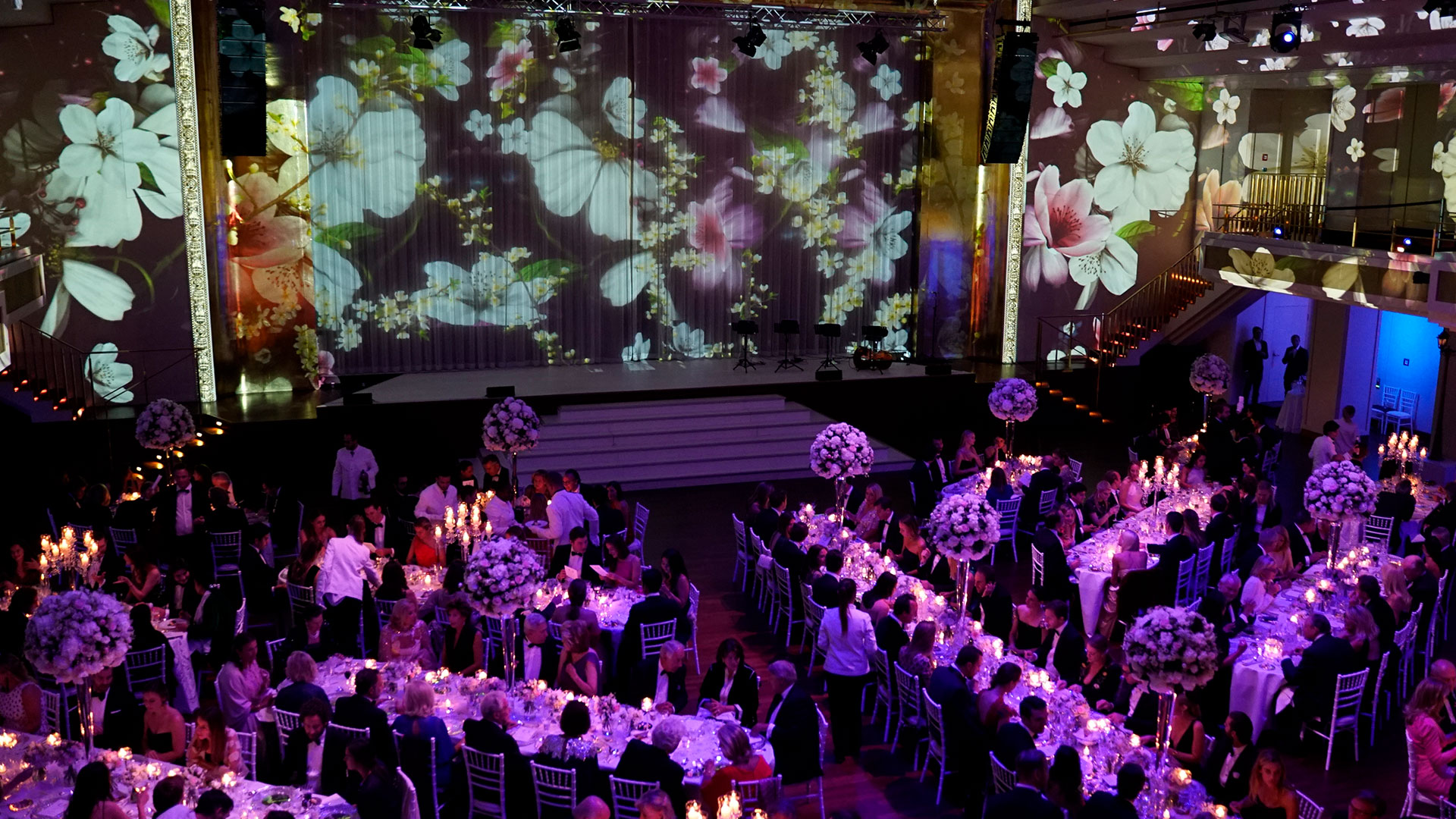 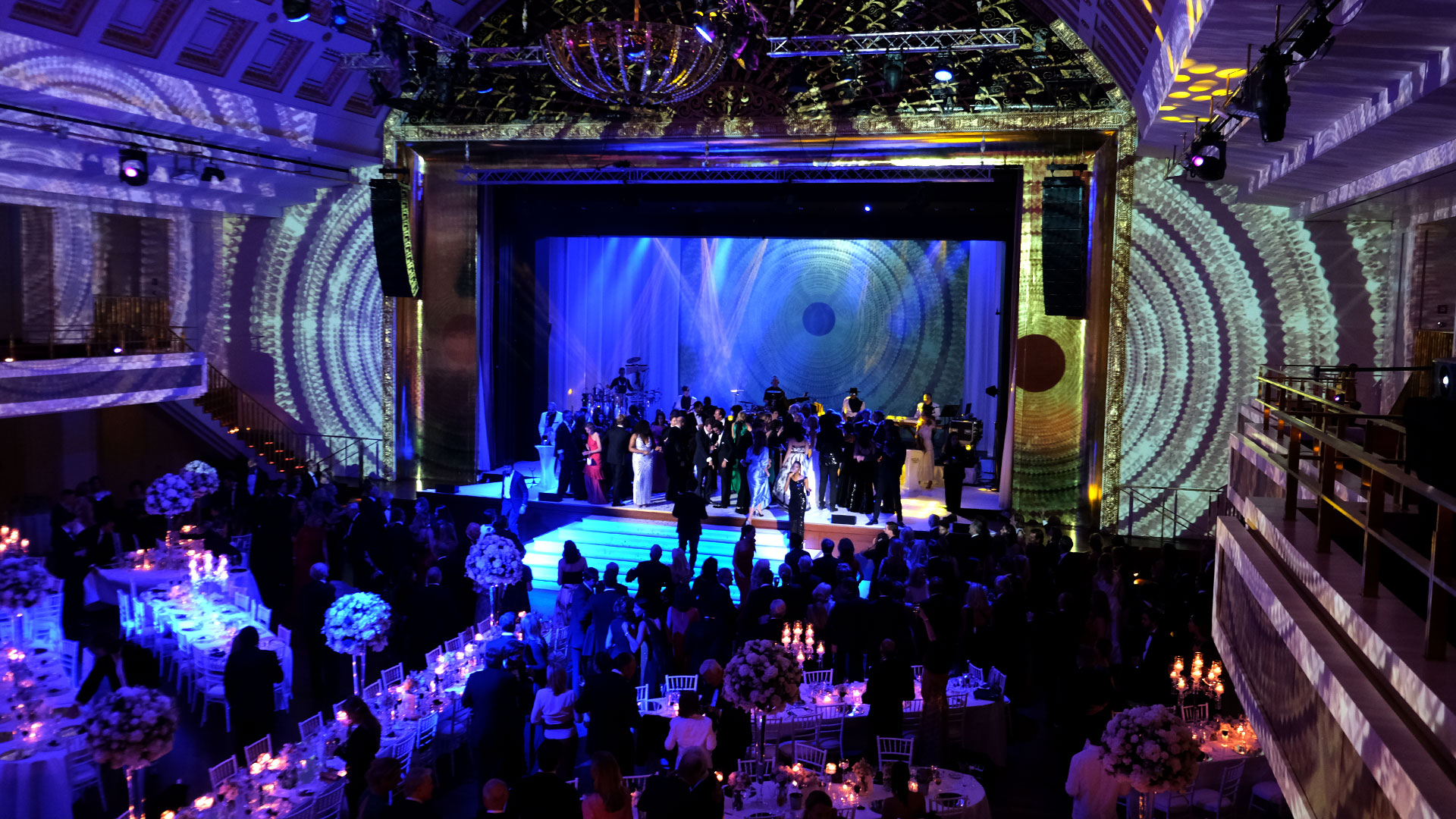 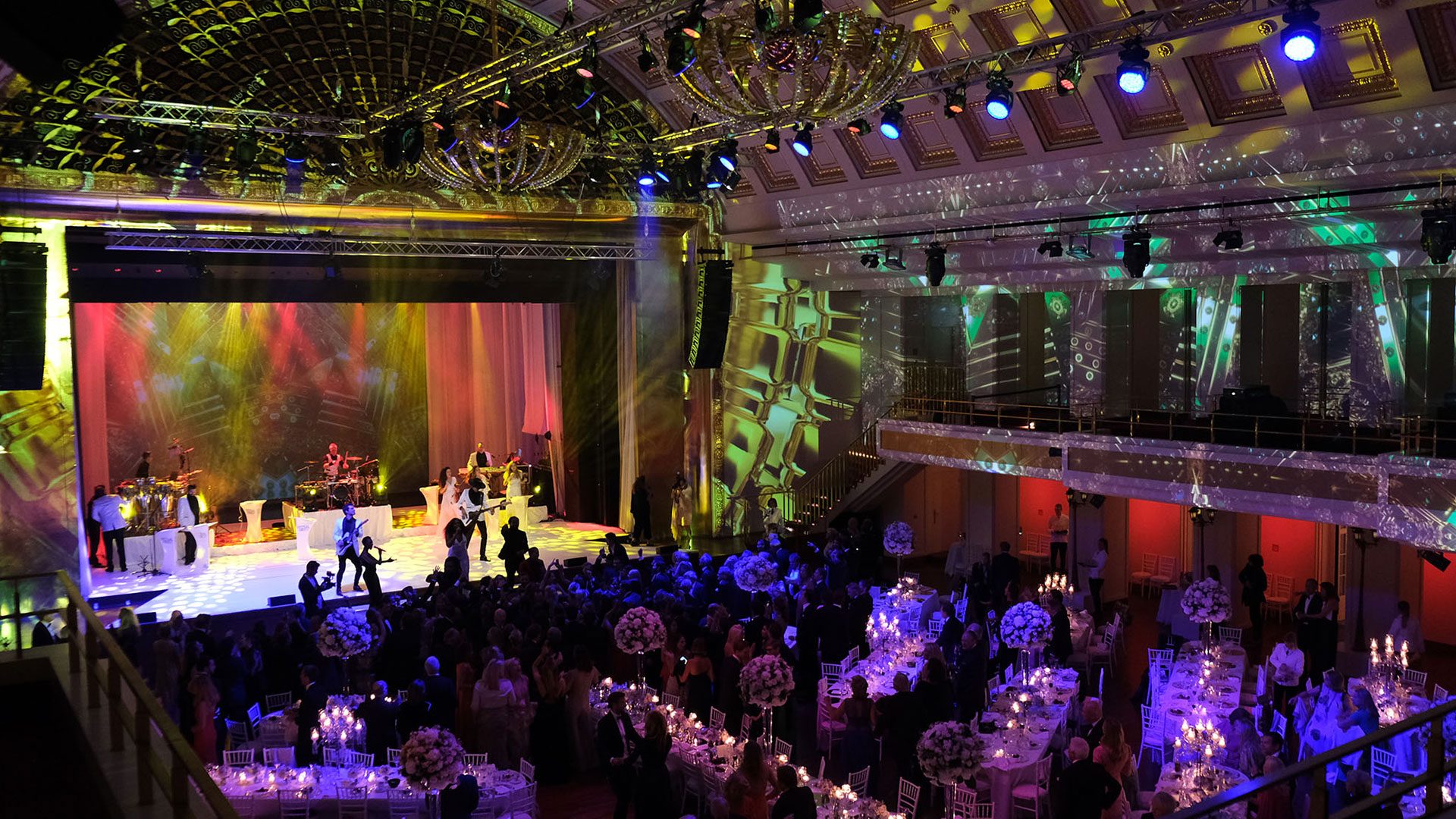 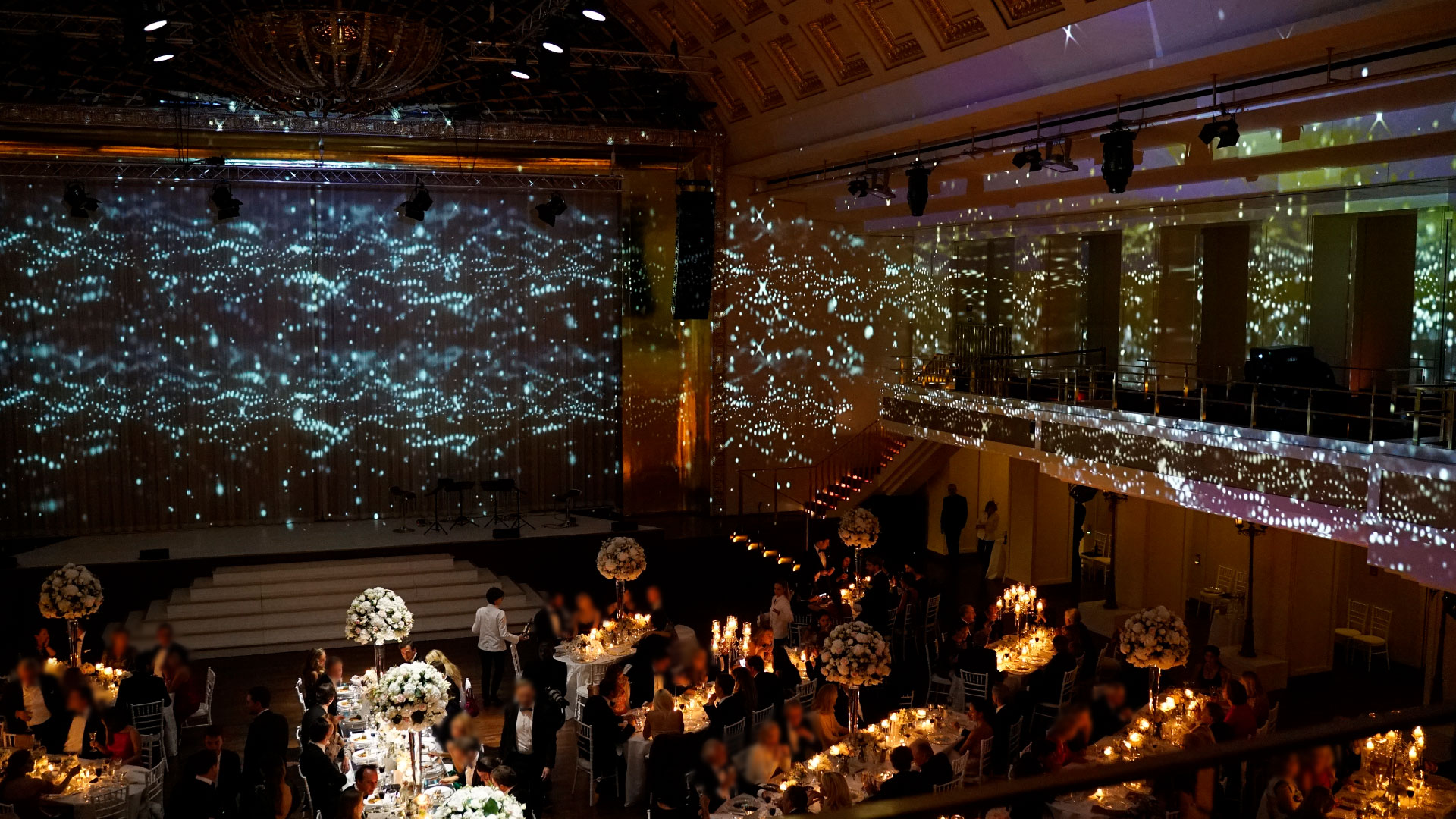 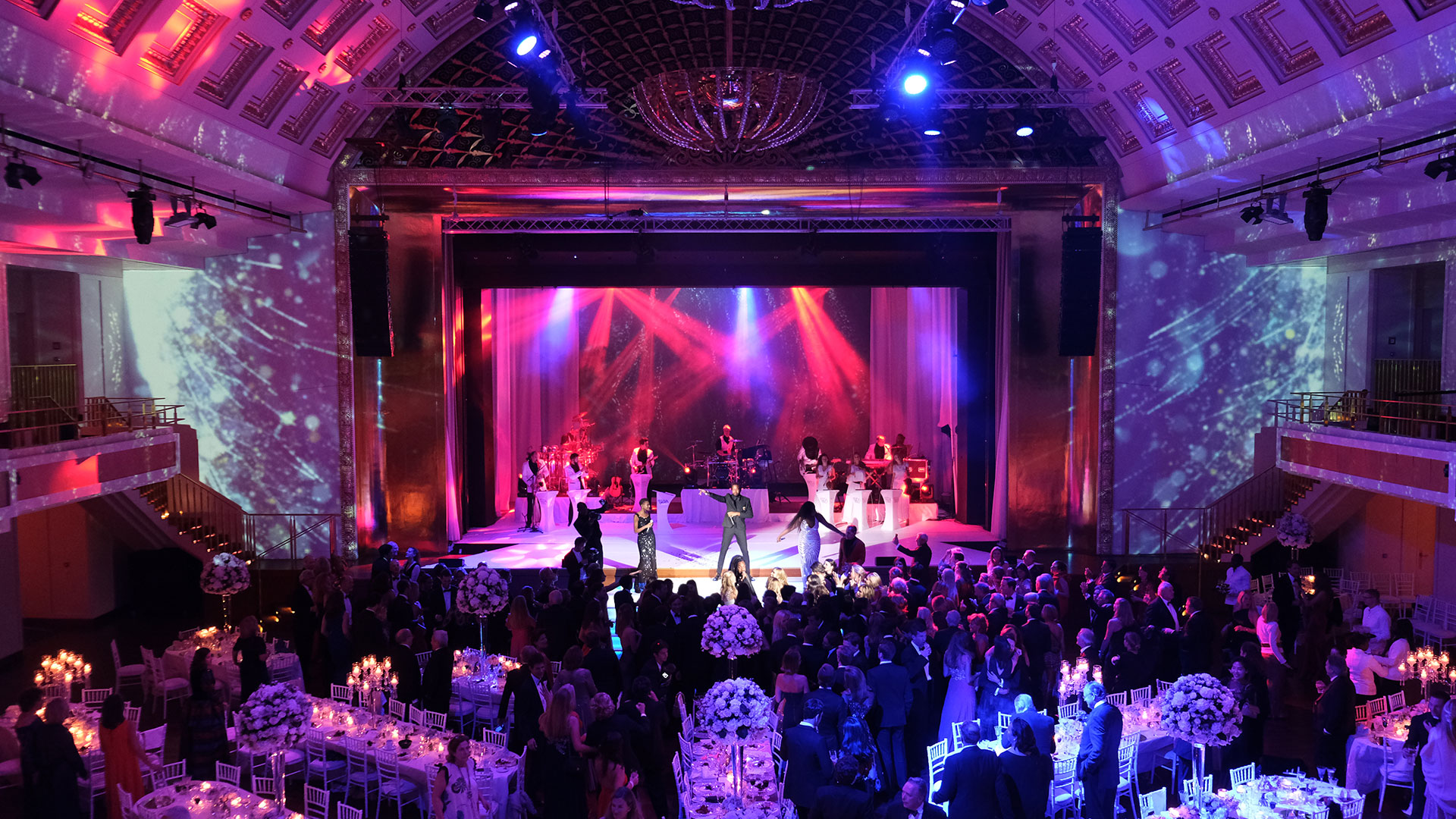 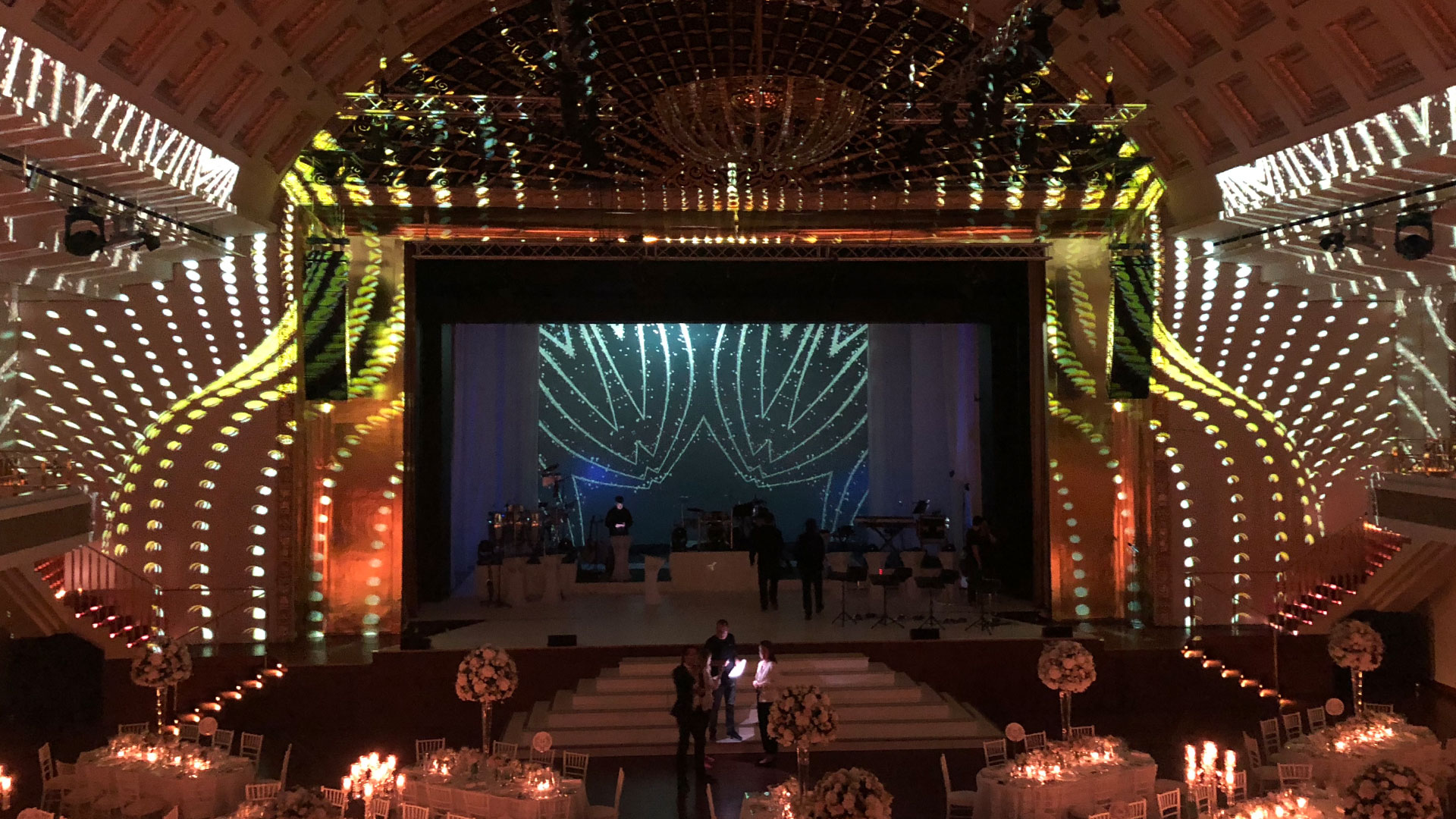 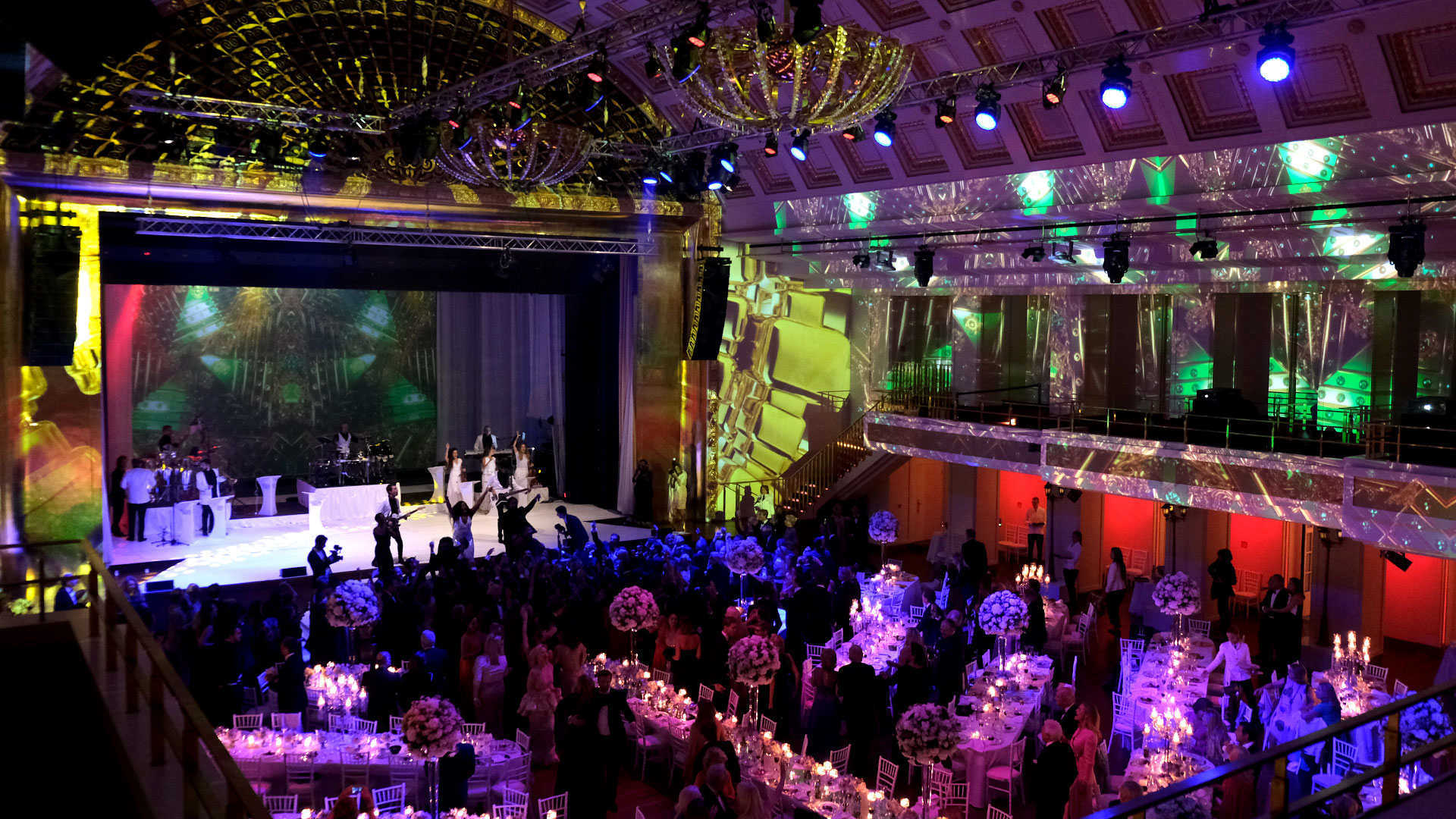 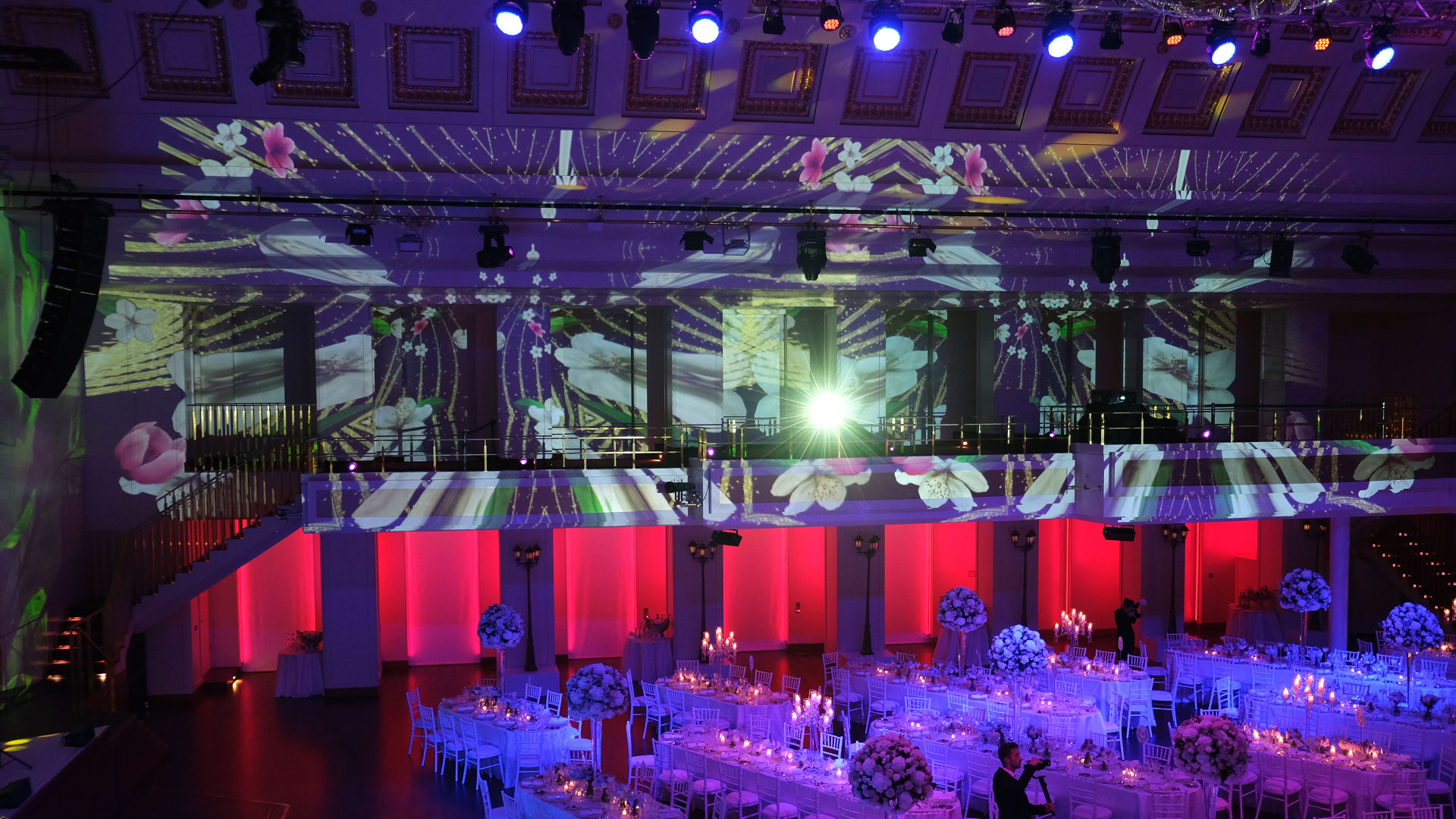 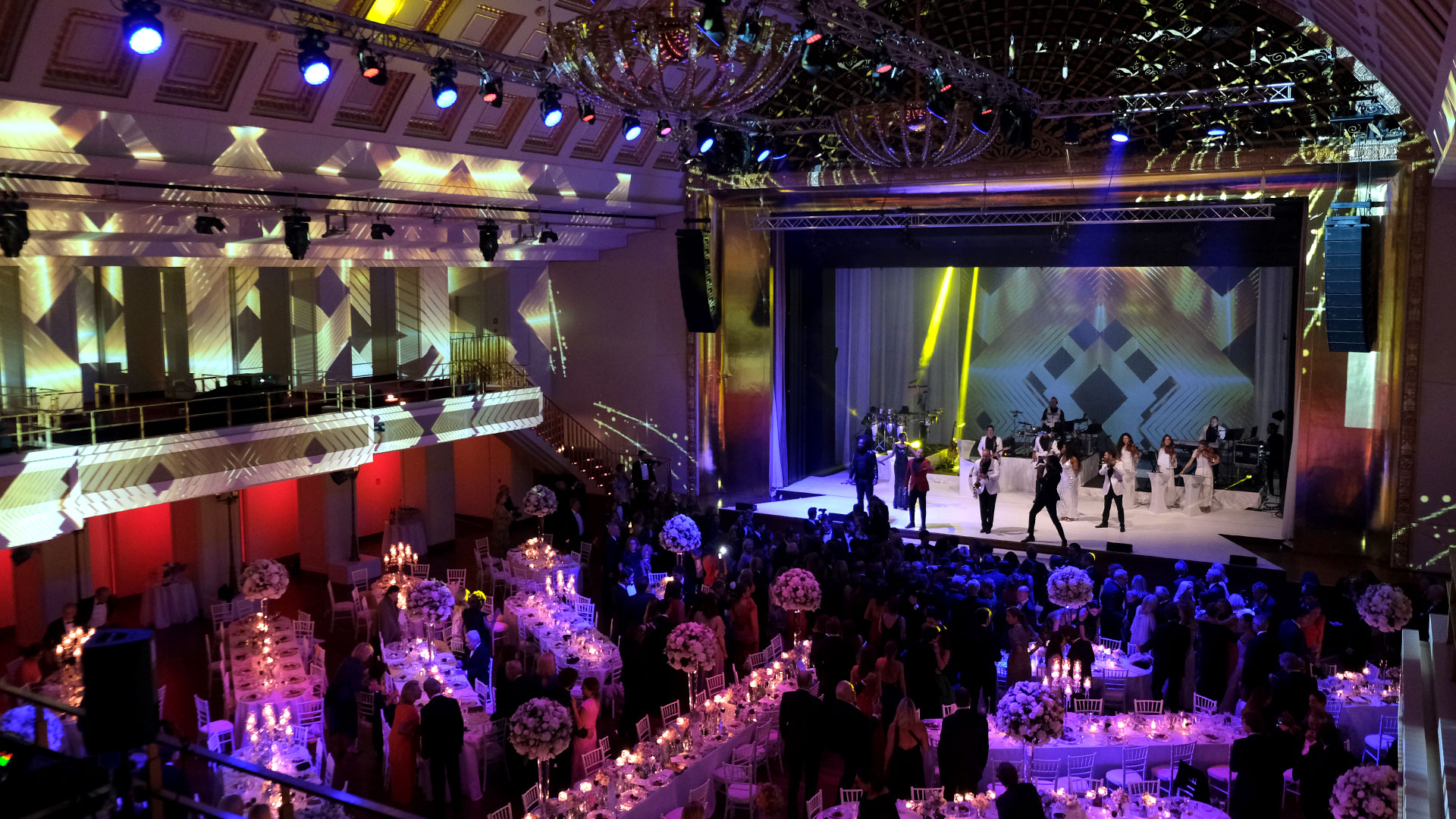 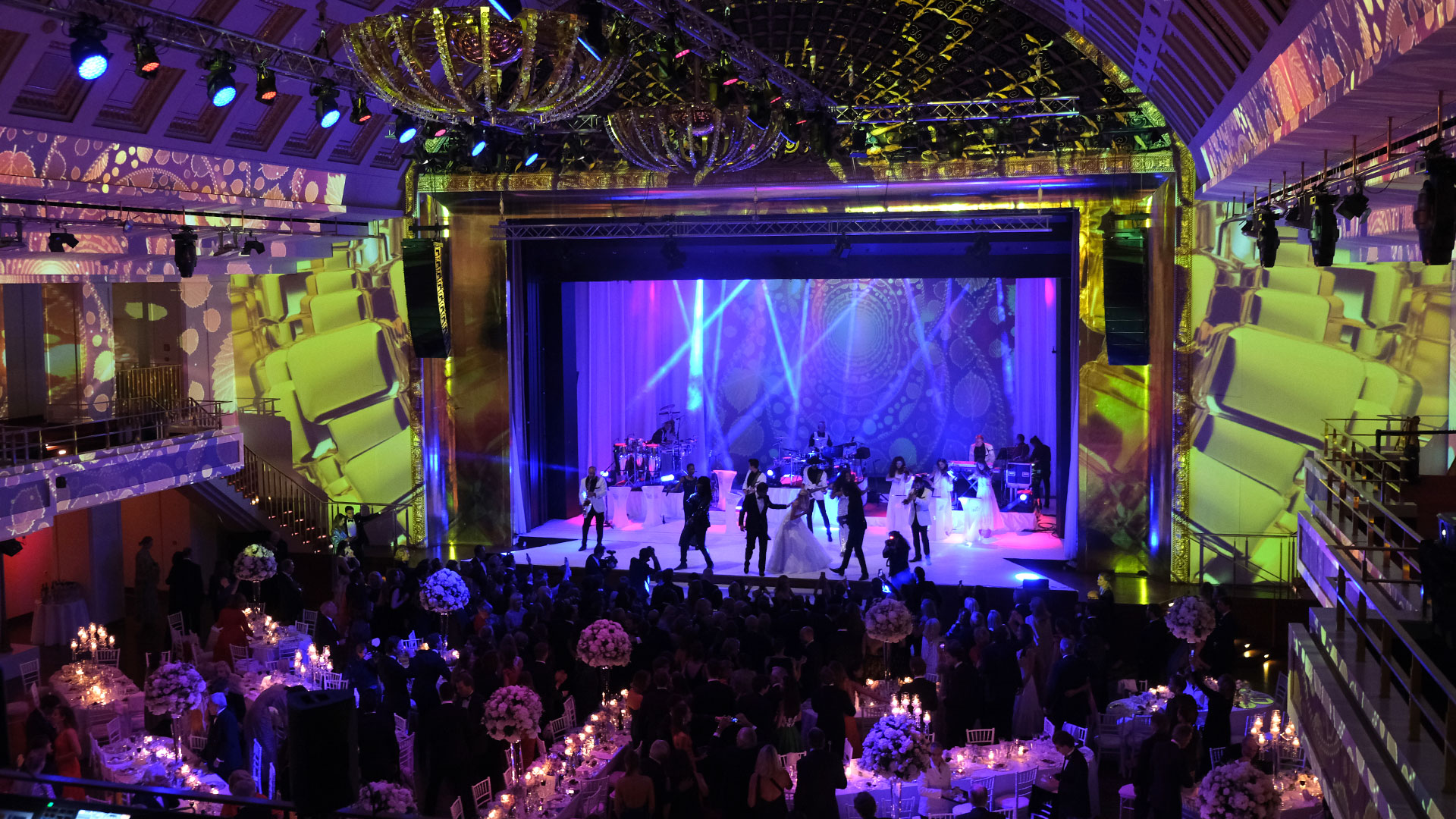 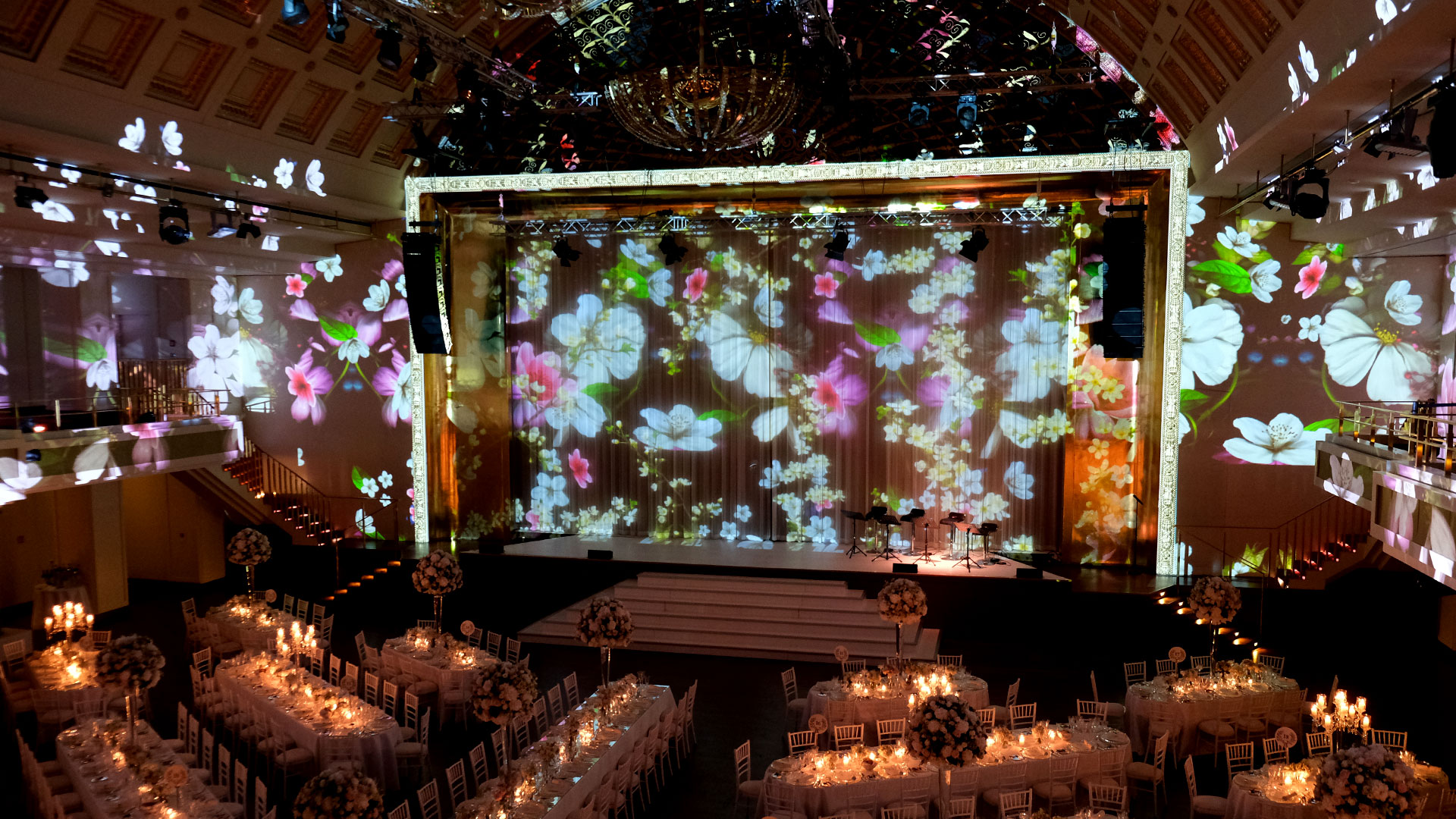 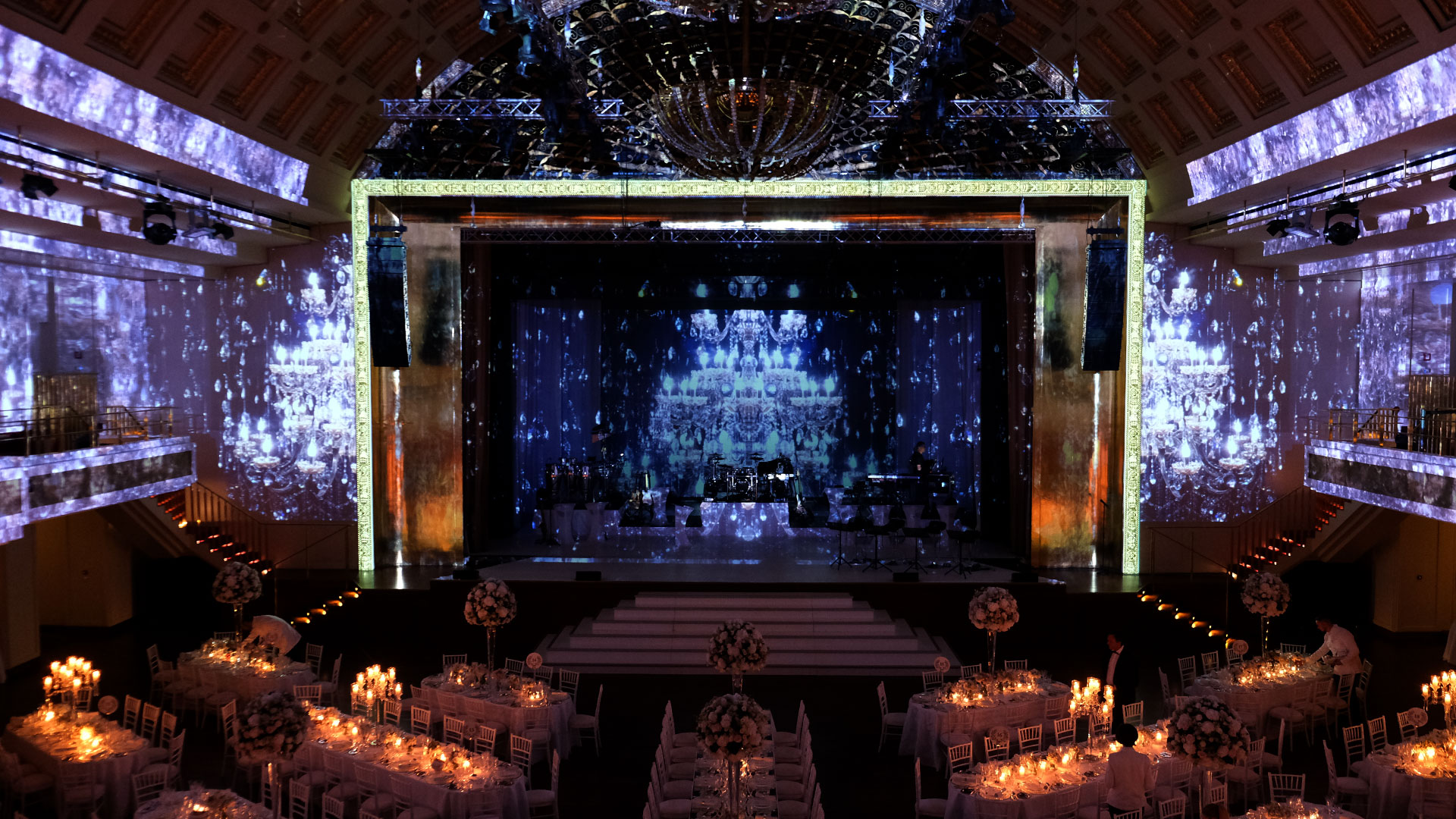 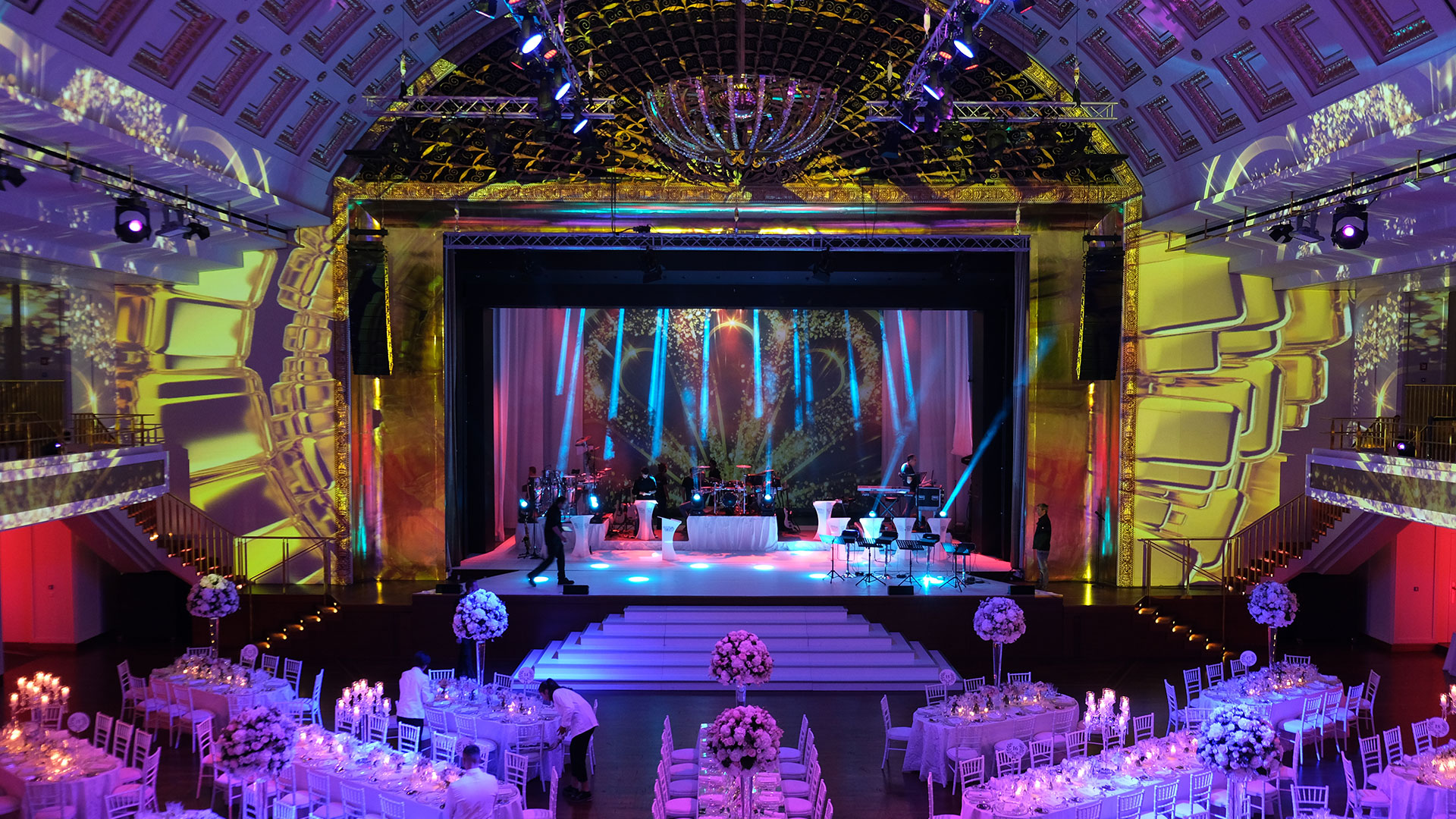 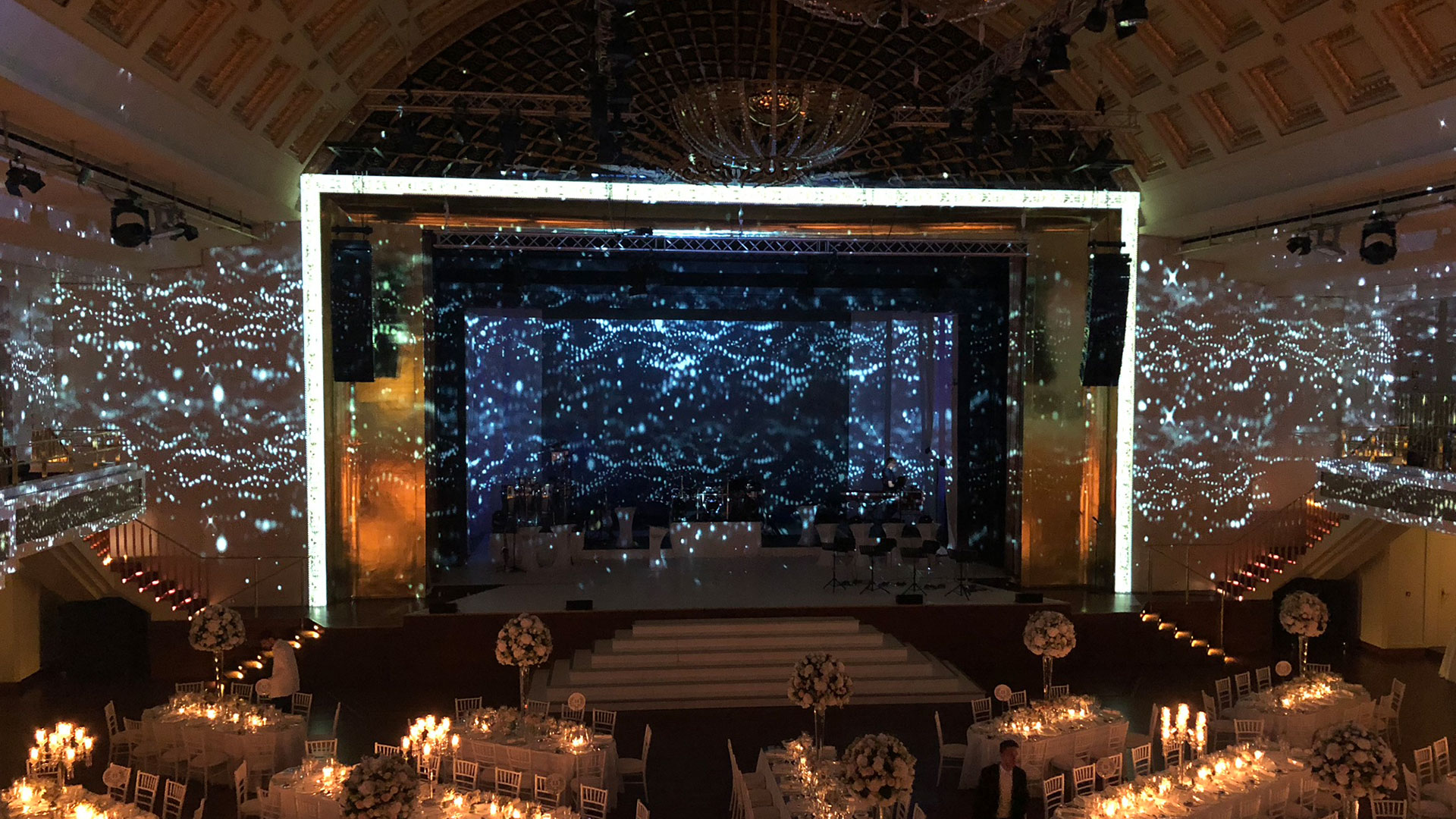