The Gärtnerplatztheater invited to it’s 150th birthday . Since the theater is still redeveloped , the party took place in front of the door, and the building was part of the staging. The theater was transformed outside via video mapping about the history of the house and its many performances. As a special experience, a visual first ascent of the theater was made with facade climbers, which were part of the video animation. In the end they builded the numbers 150 on the front. 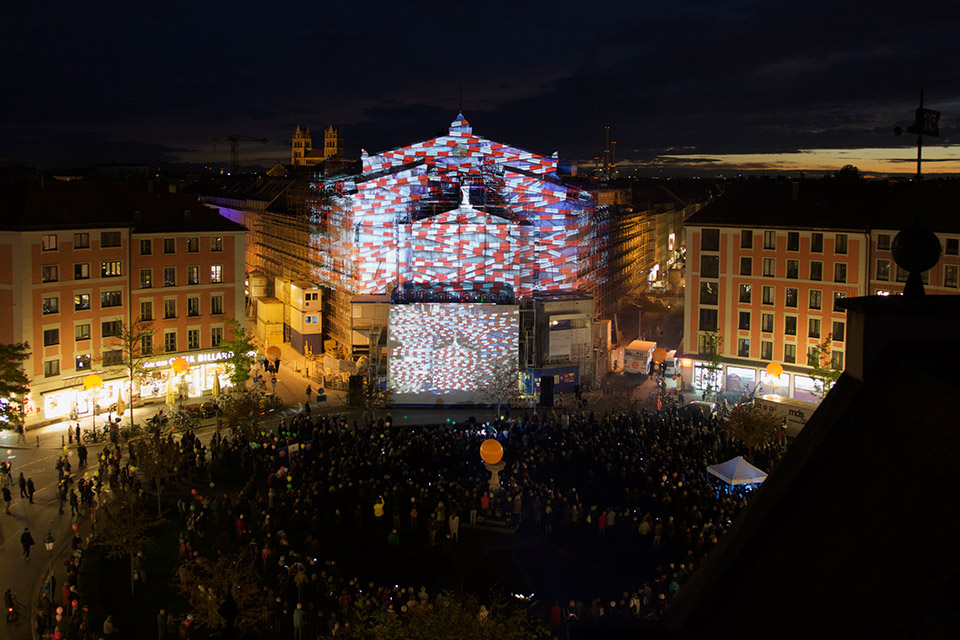 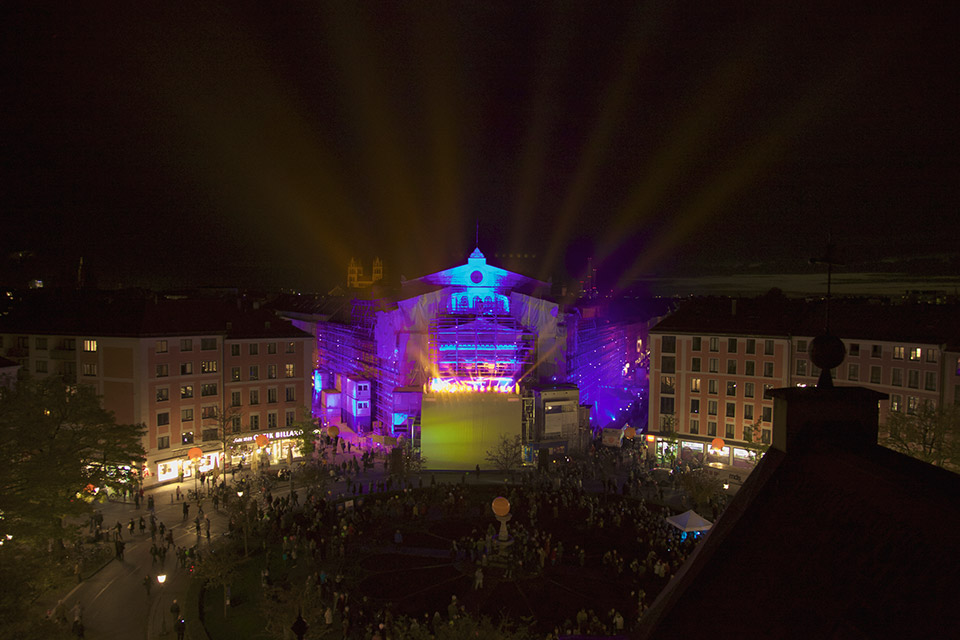 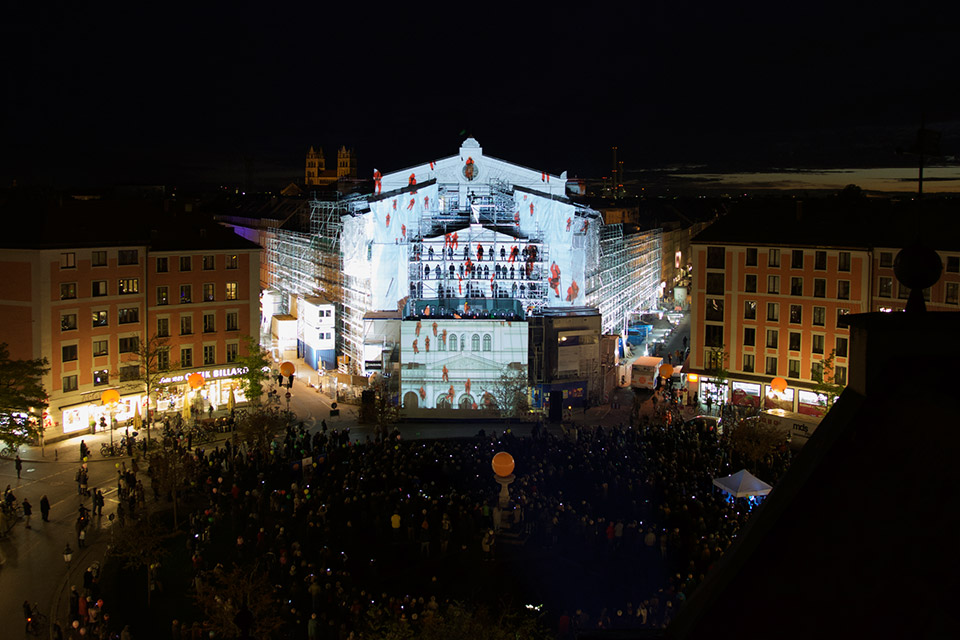 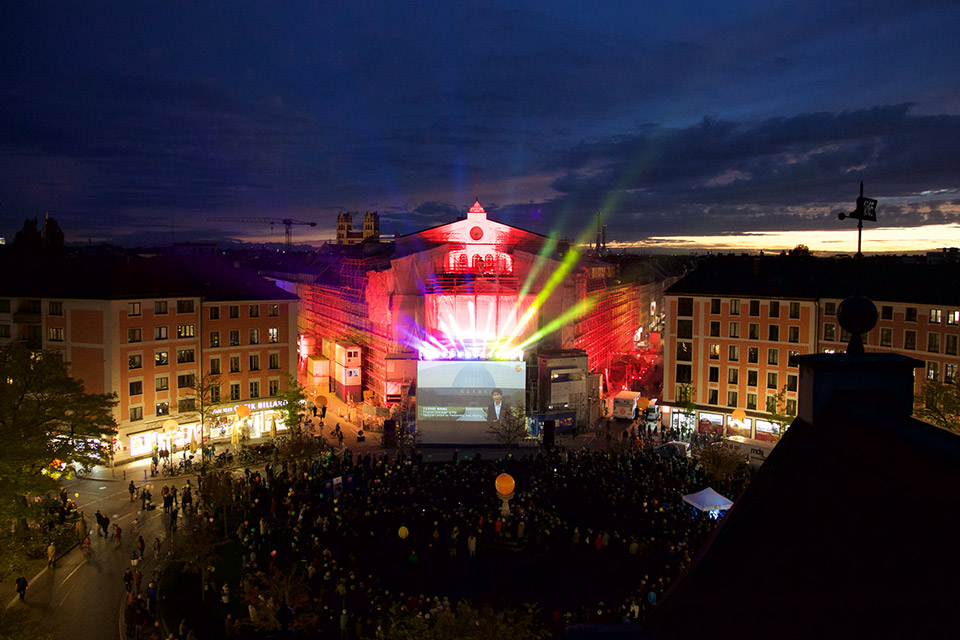 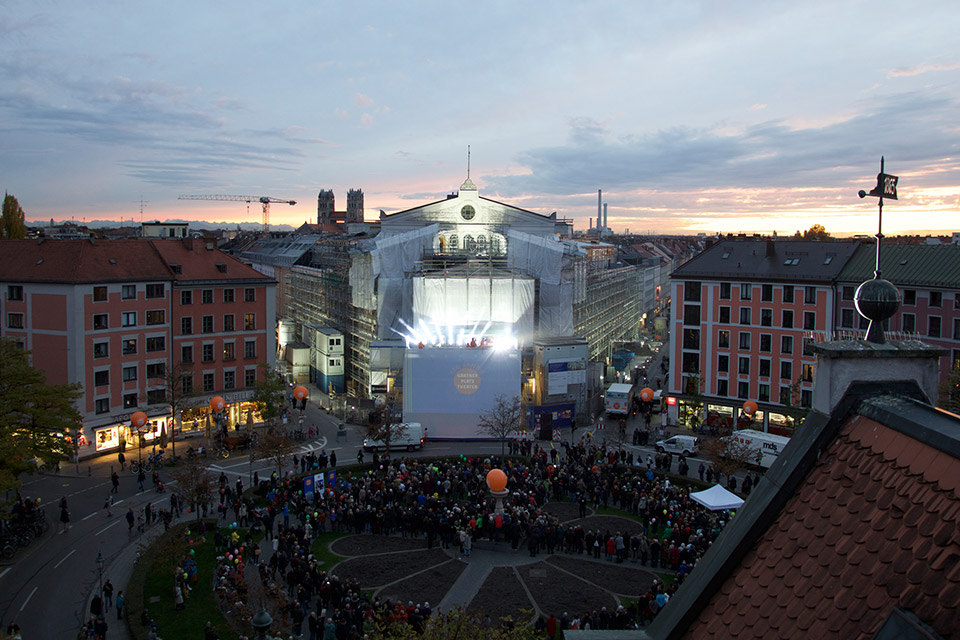 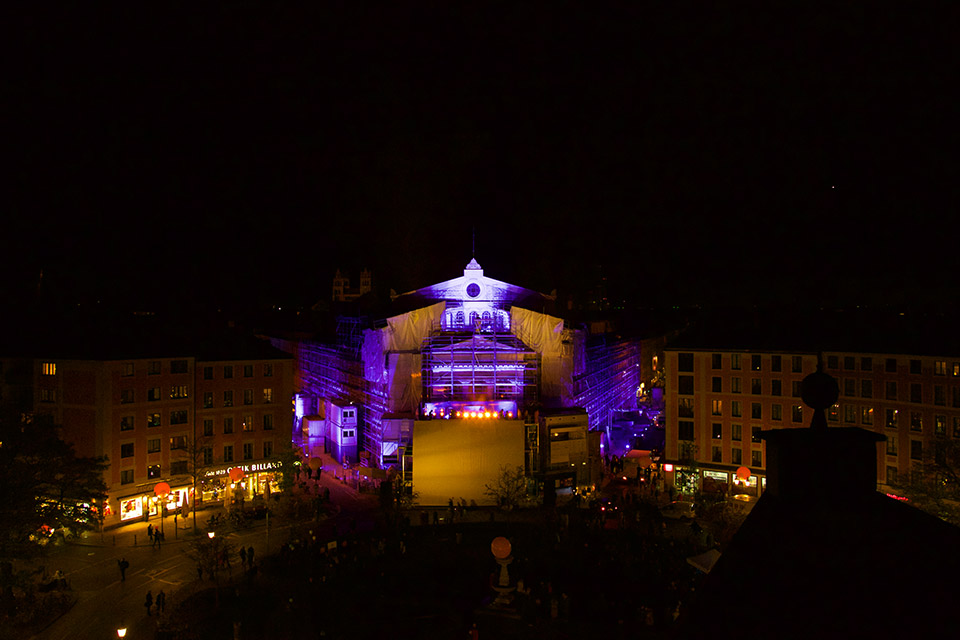 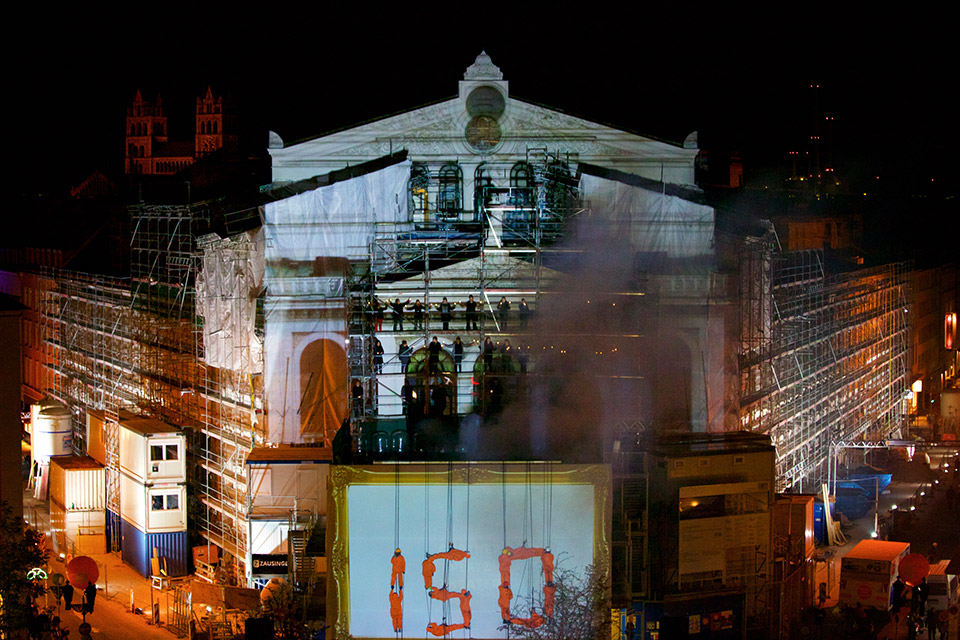 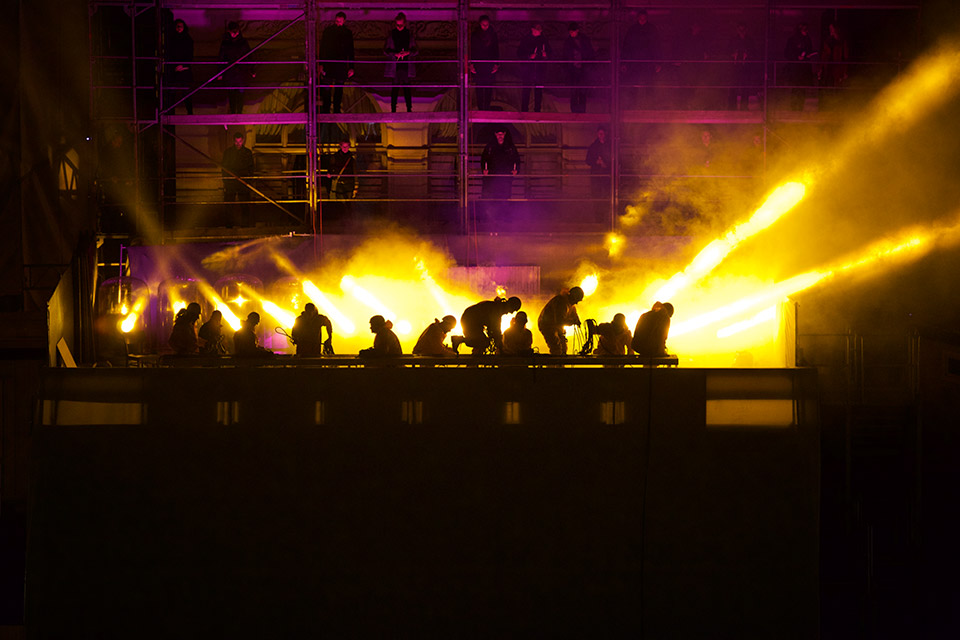 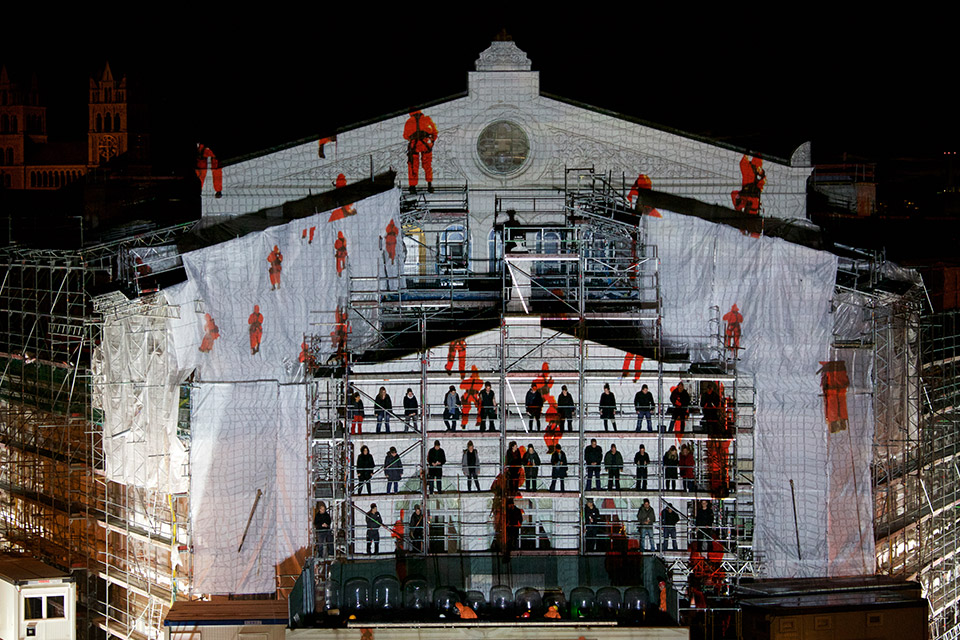 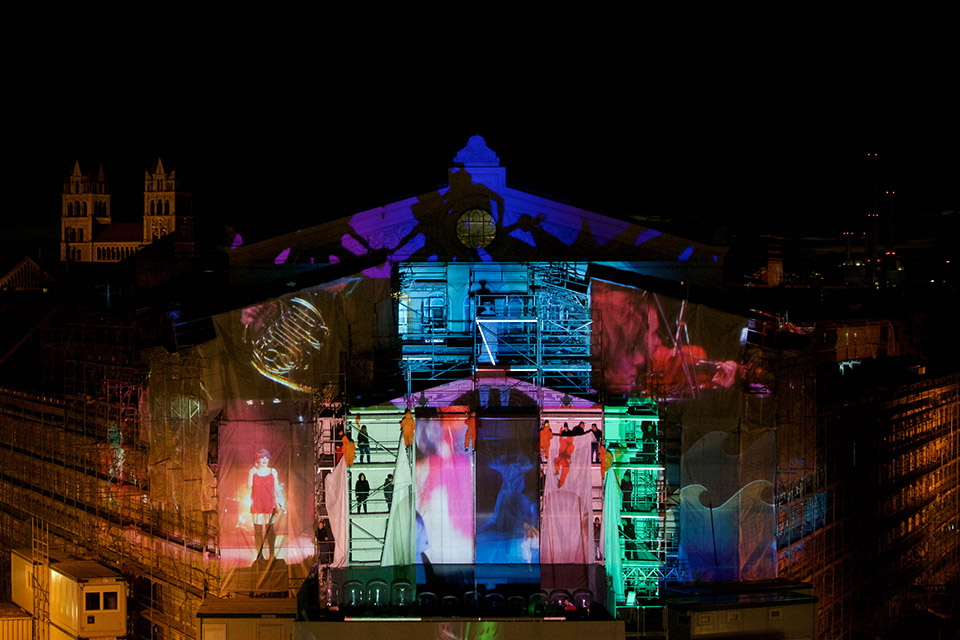 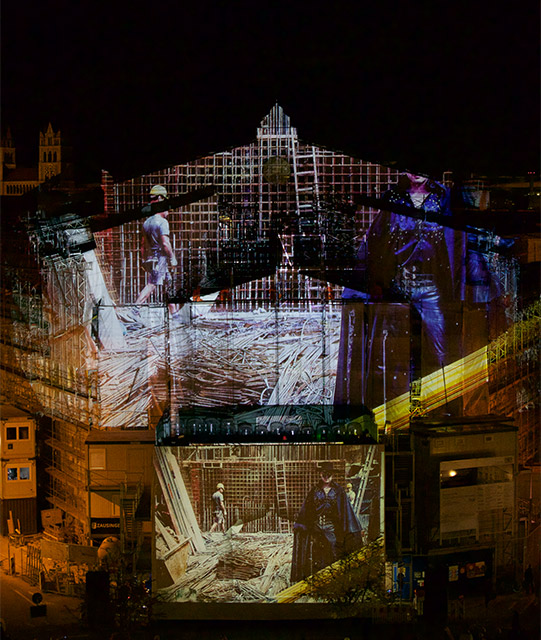 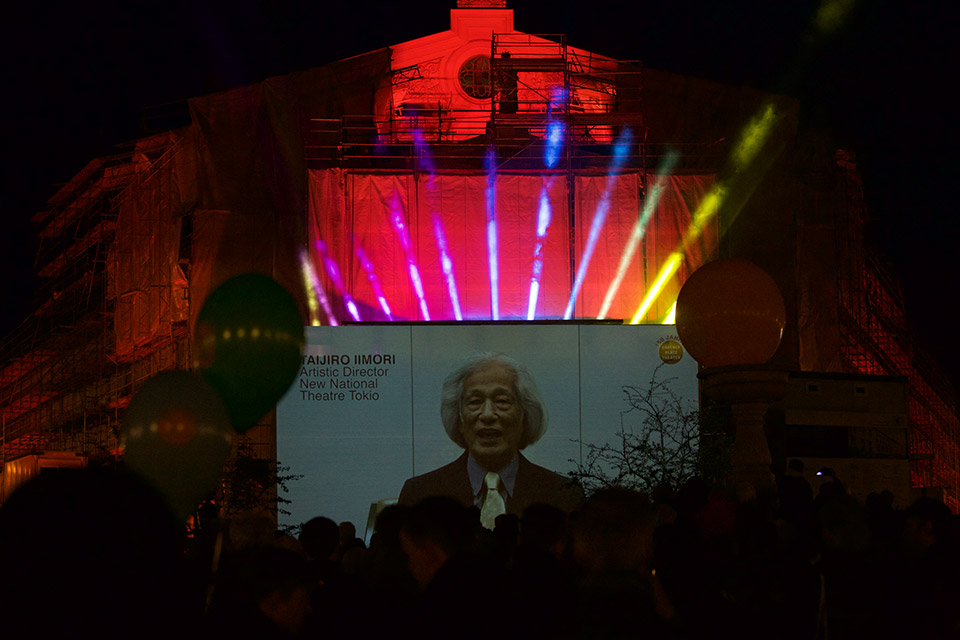 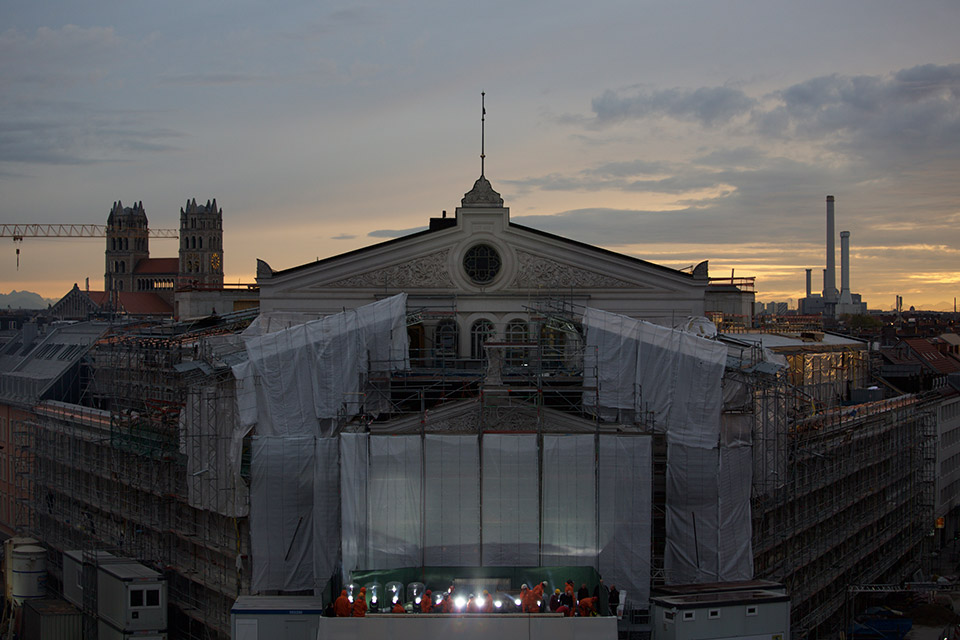 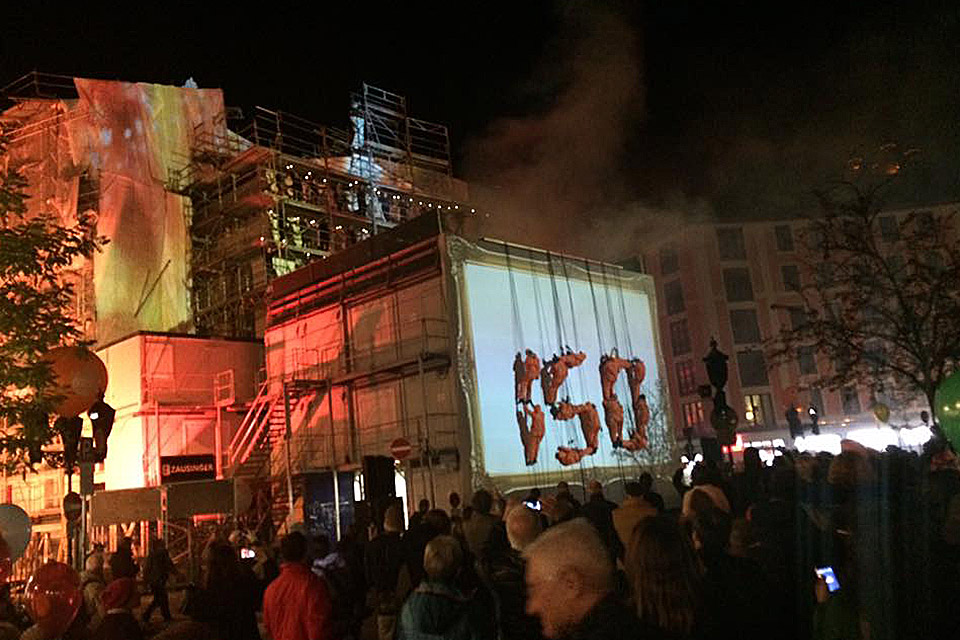 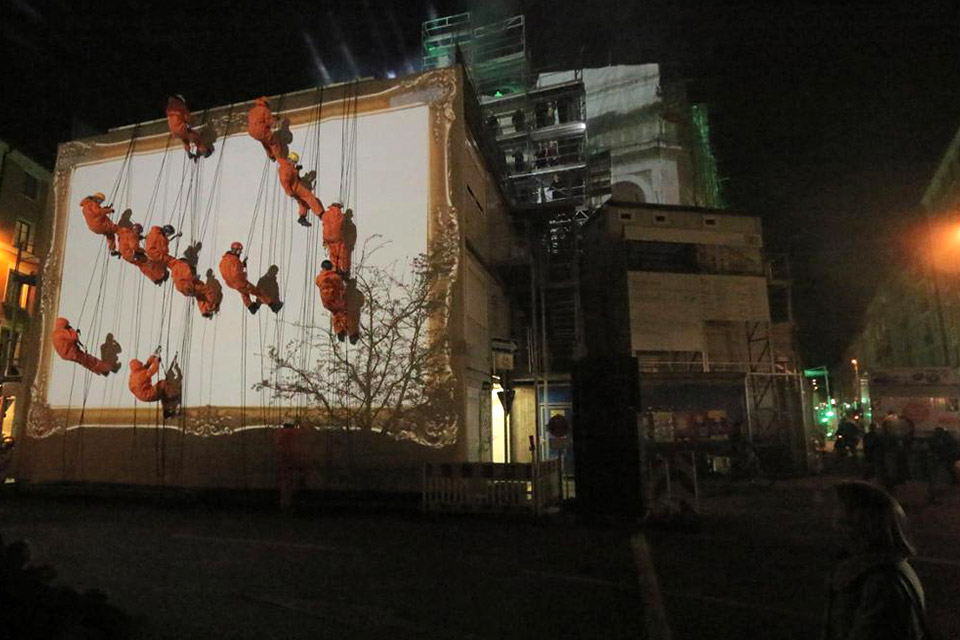 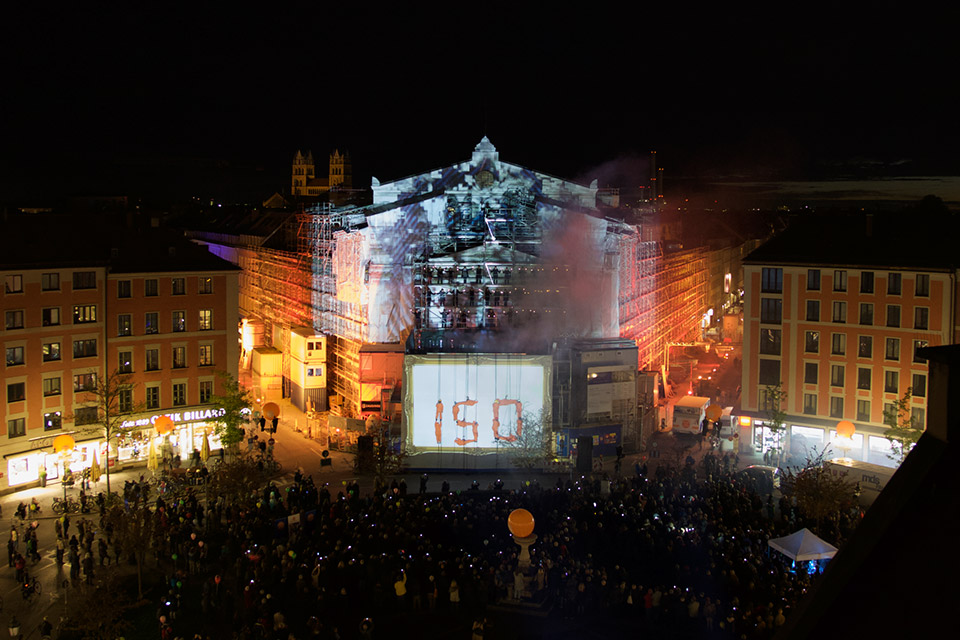 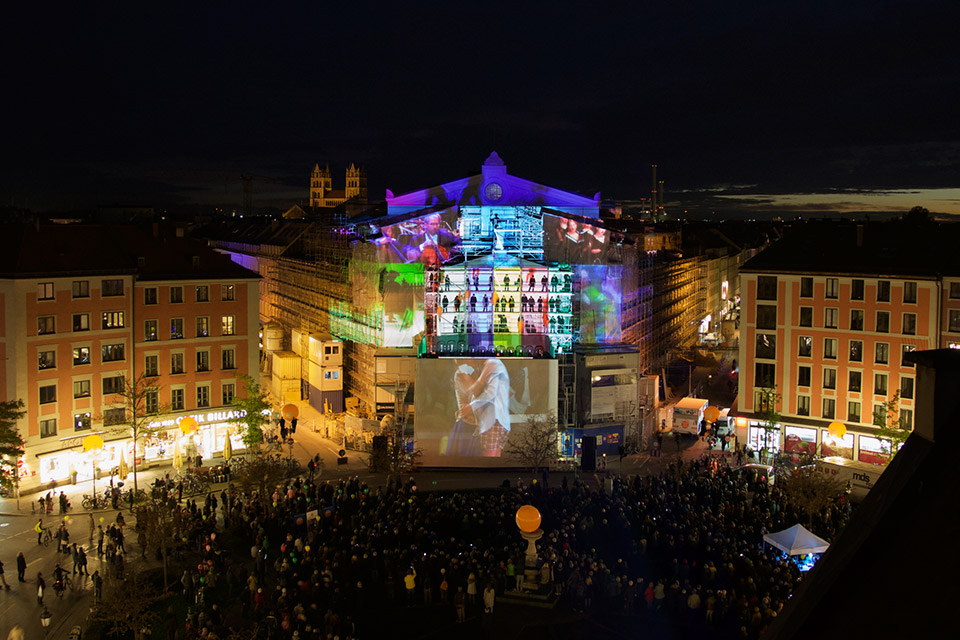 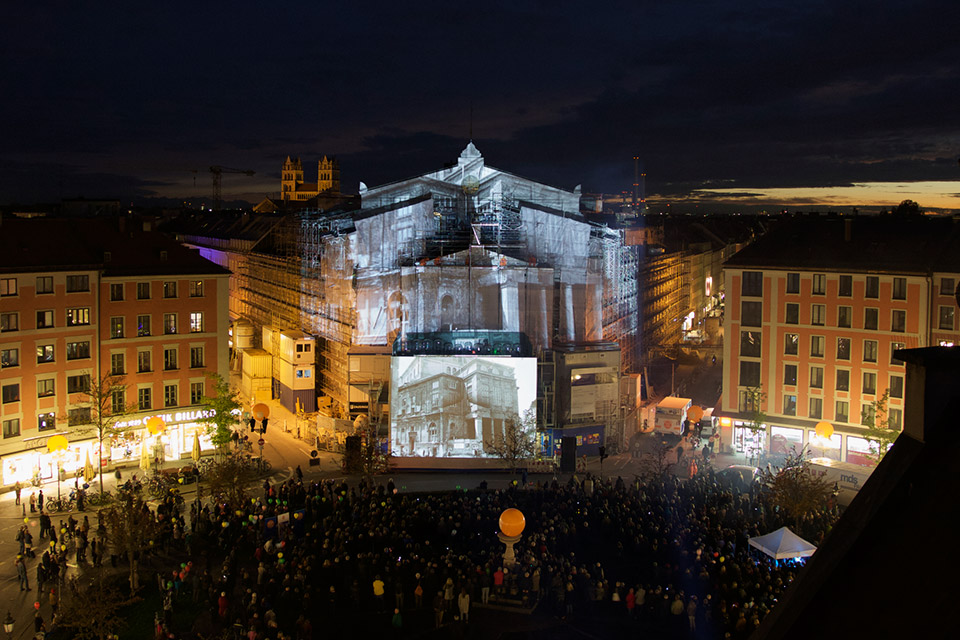 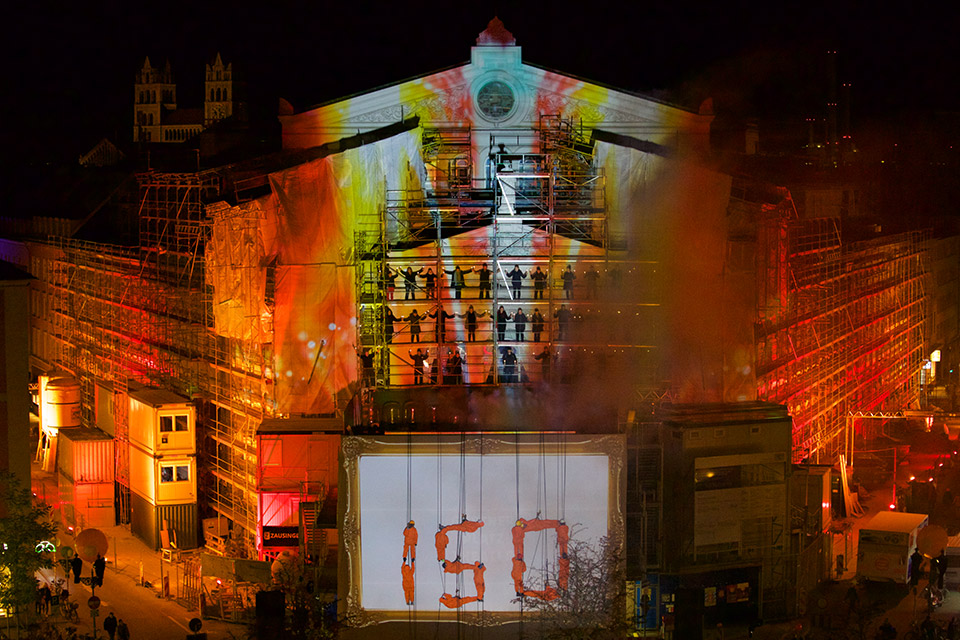 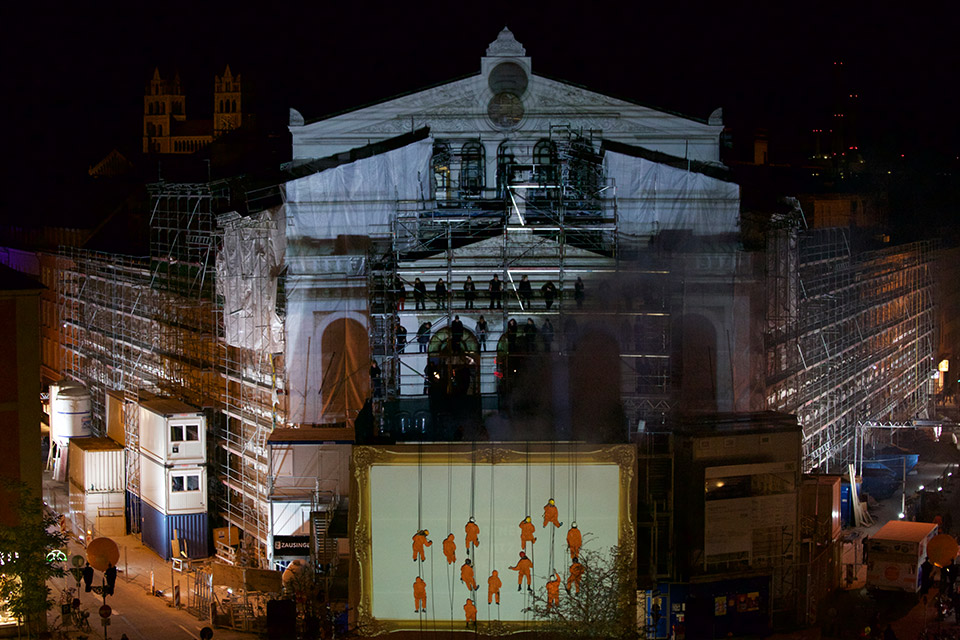 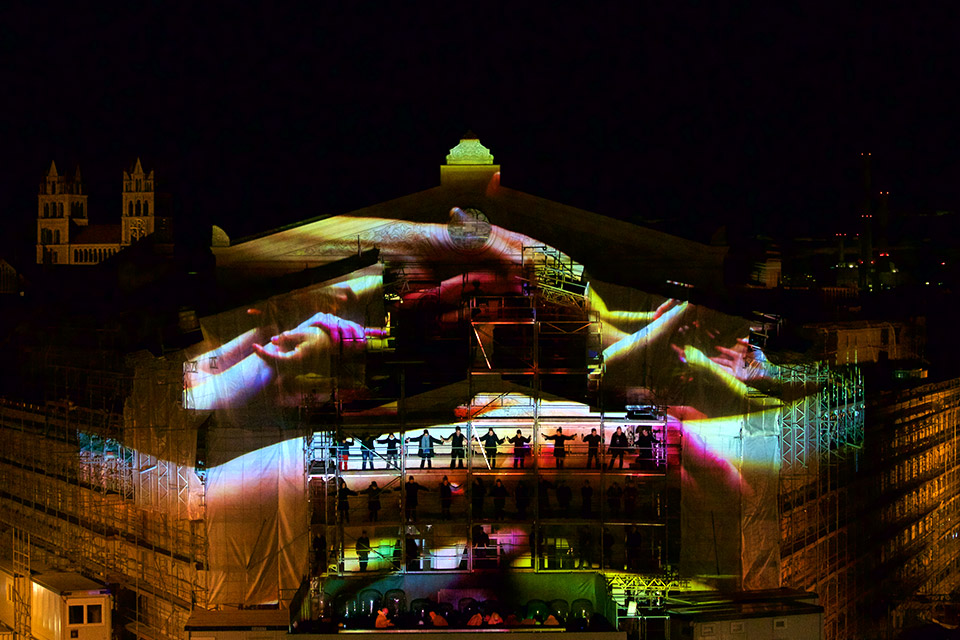 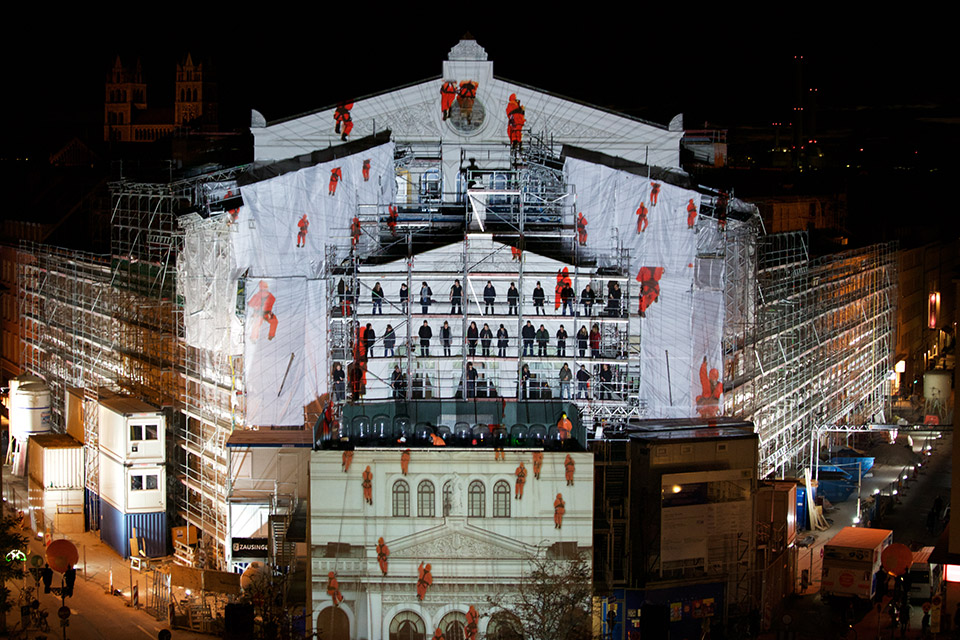 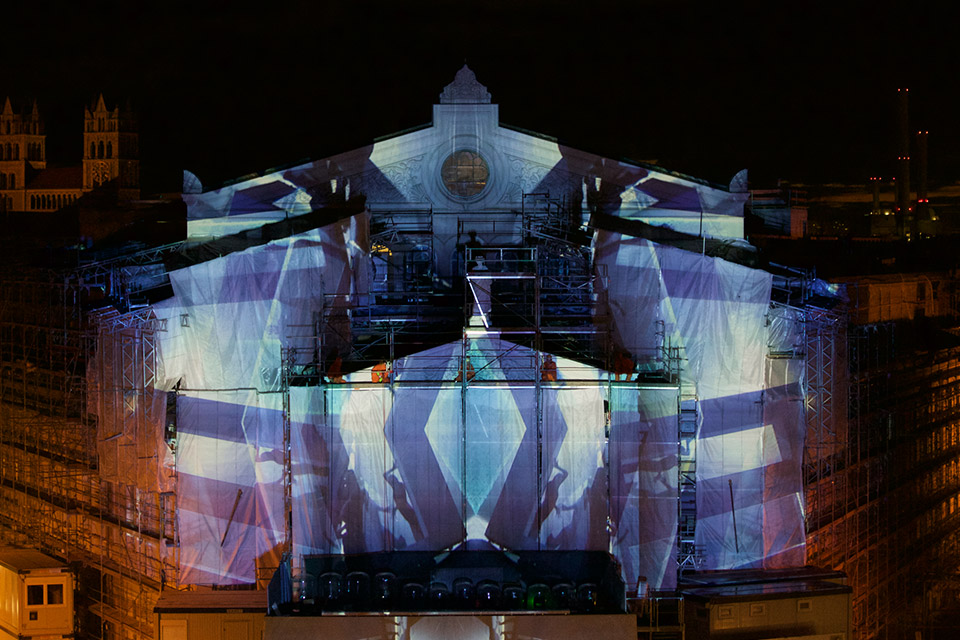 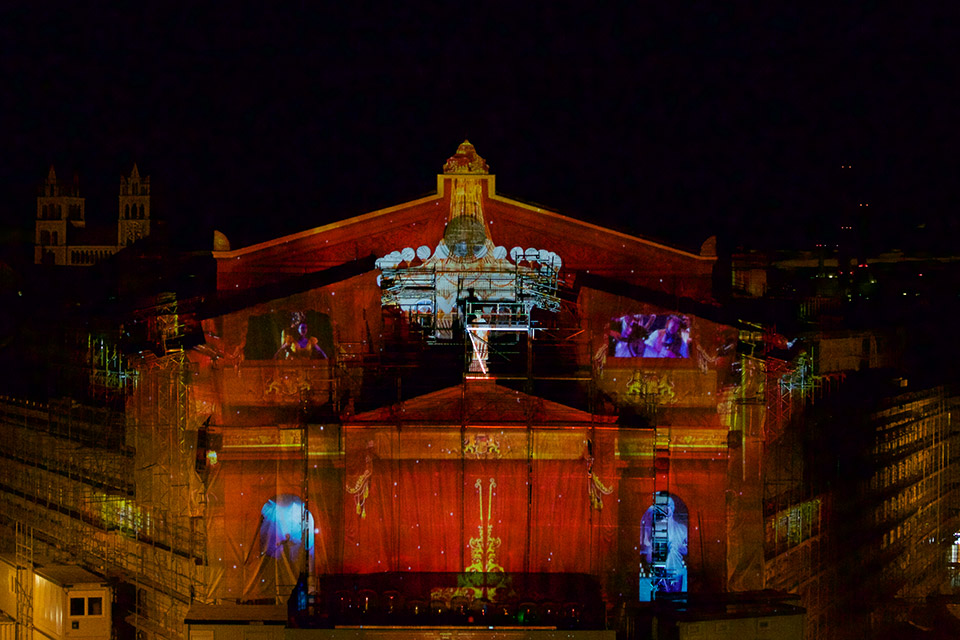 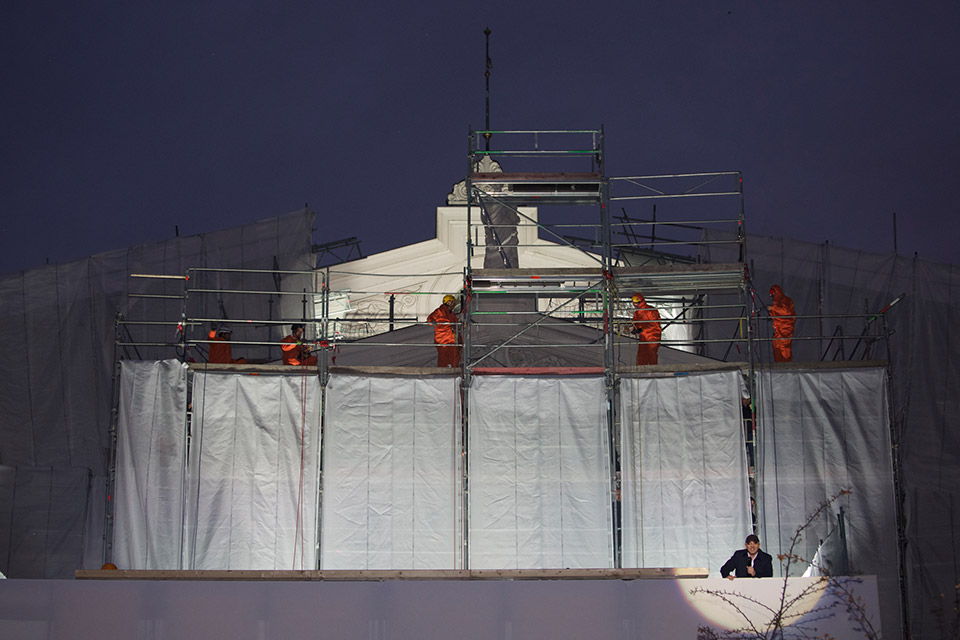 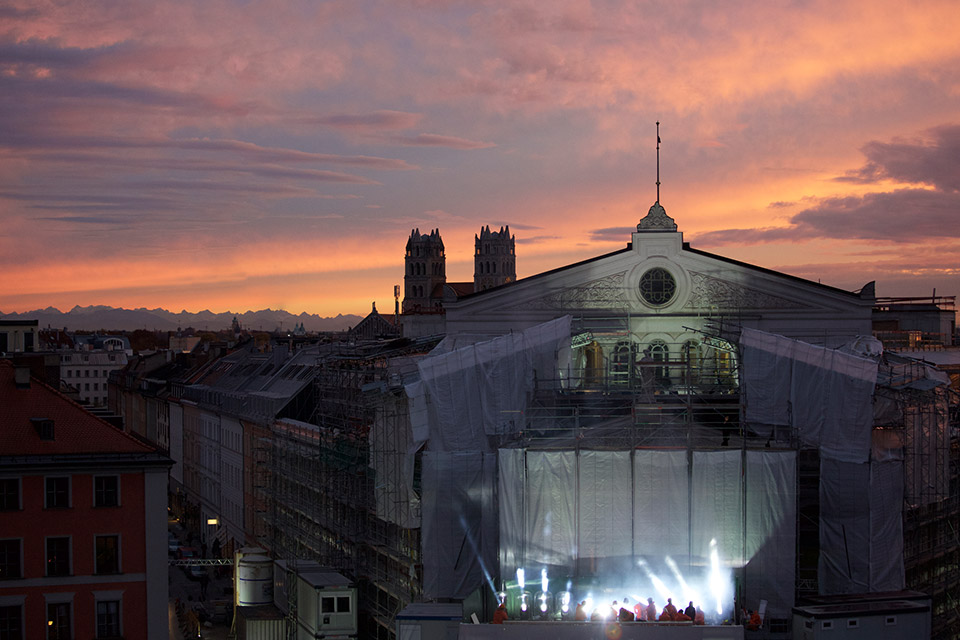 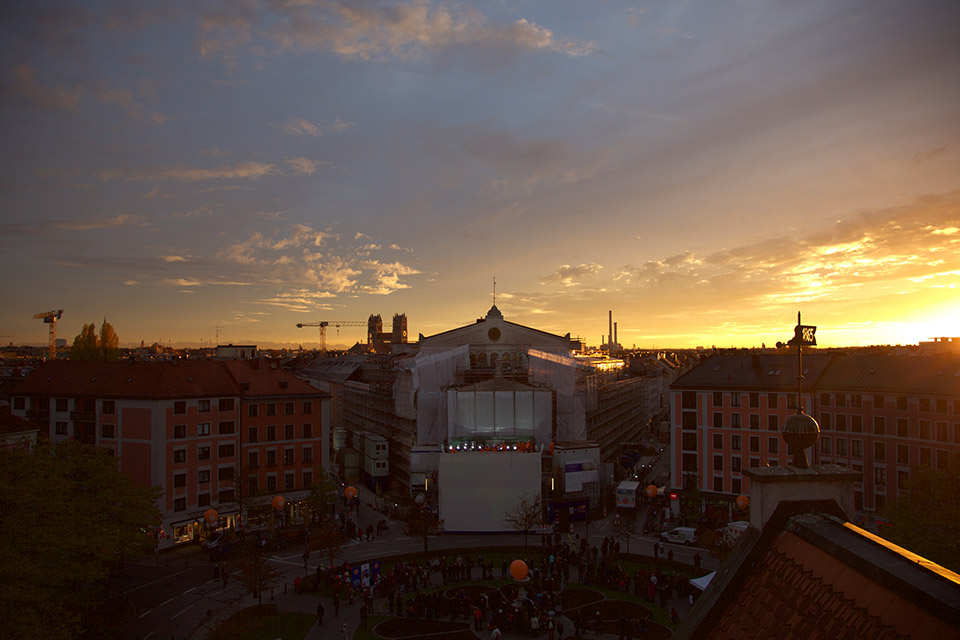 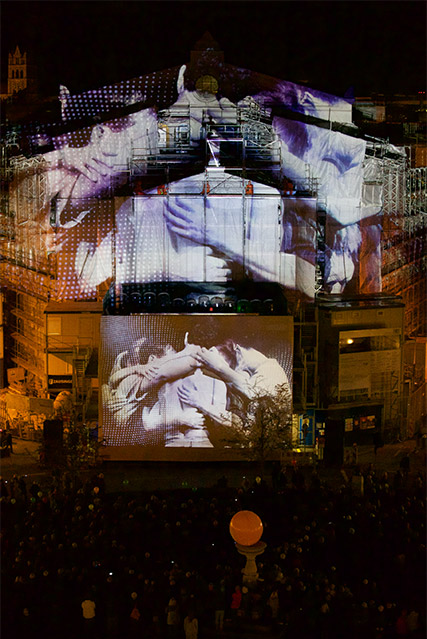 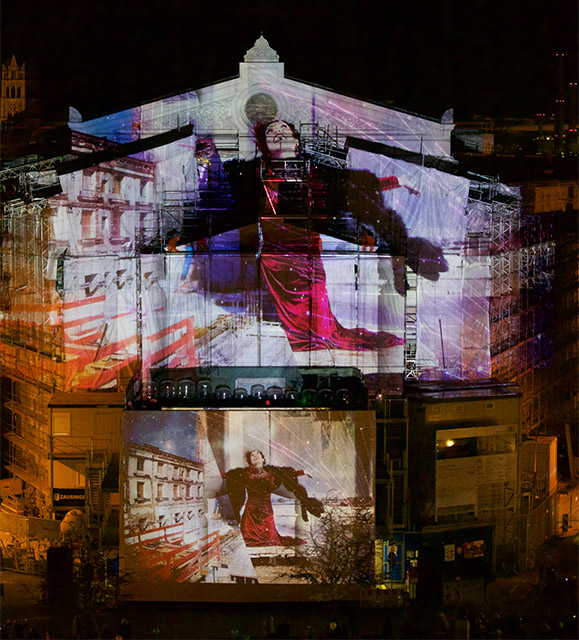