The blank facade of a house came to life. Single lighted windows were filmed and assembled into a coherent projection. We had insights into illuminated windows at night, and glimpsed what the unobserved people behind these windows got up to. Just like in real life. The windows were filmed in New York City, Munich, Berlin and Cologne over a period of four years. 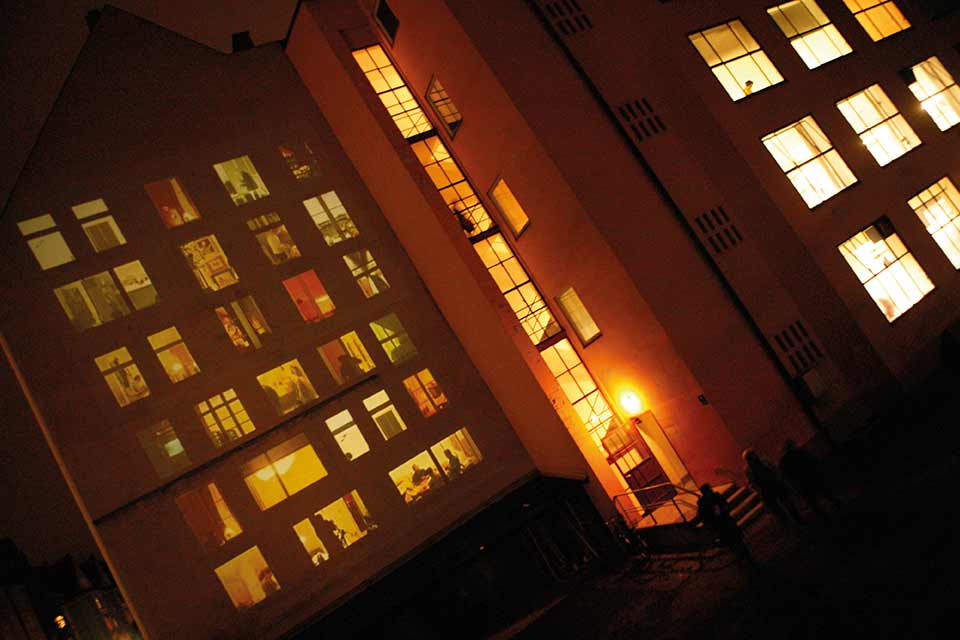 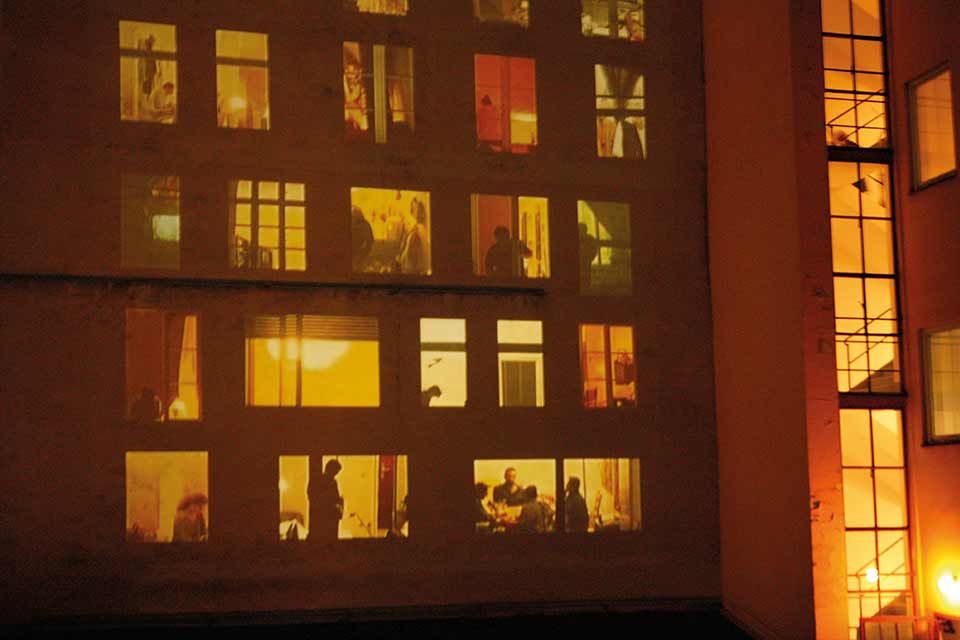 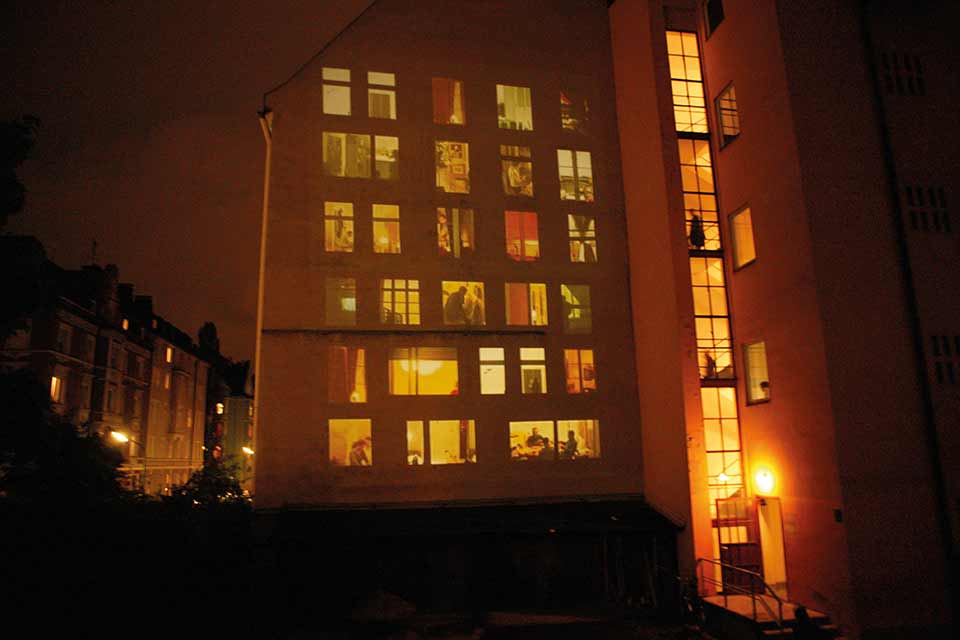